Water common -- yet scarce -- in exoplanets 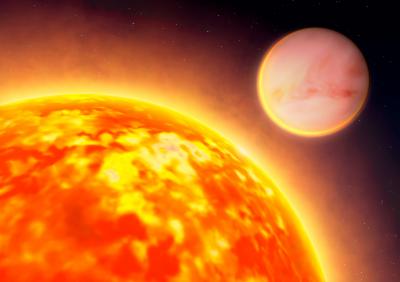 The most extensive survey of atmospheric chemical compositions of exoplanets to date has revealed trends that challenge current theories of planet formation and has implications for the search for water in the solar system and beyond. 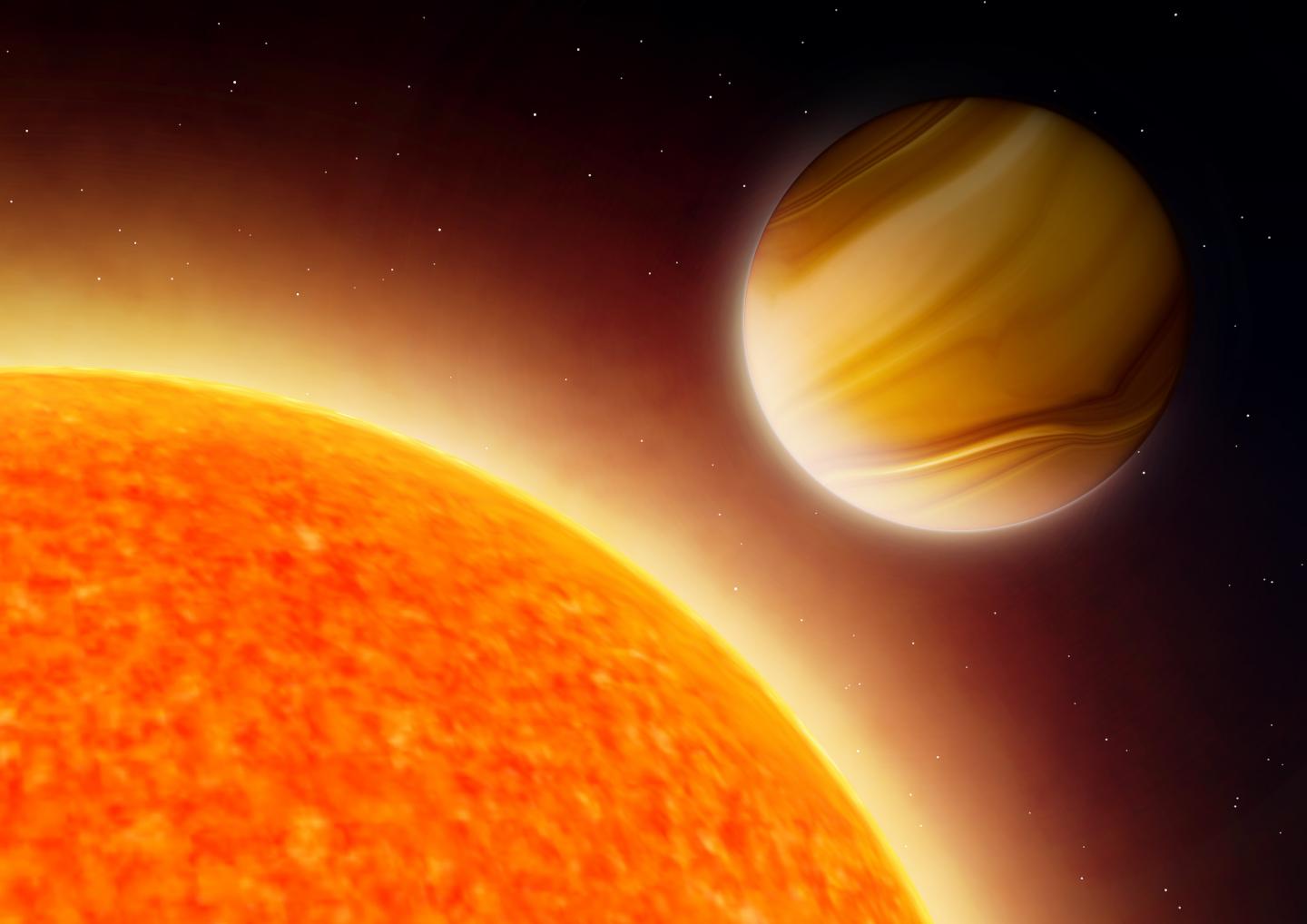 The most extensive survey of atmospheric chemical compositions of exoplanets to date has revealed trends that challenge current theories of planet formation and has implications for the search for water in the solar system and beyond.

Newswise — The most extensive survey of atmospheric chemical compositions of exoplanets to date has revealed trends that challenge current theories of planet formation and has implications for the search for water in the solar system and beyond.

A team of researchers, led by the University of Cambridge, used atmospheric data from 19 exoplanets to obtain detailed measurements of their chemical and thermal properties. The exoplanets in the study span a large range in size - from 'mini-Neptunes' of nearly 10 Earth masses to 'super-Jupiters' of over 600 Earth masses - and temperature, from nearly 20C to over 2000C. Like the giant planets in our solar system, their atmospheres are rich in hydrogen, but they orbit different types of stars.

The researchers found that while water vapour is common in the atmospheres of many exoplanets, the amounts were surprisingly lower than expected, while the amounts of other elements found in some planets were consistent with expectations. The results, which are part of a five-year research programme on the chemical compositions of planetary atmospheres outside our solar system, are reported in the Astrophysical Journal Letters.

"We are seeing the first signs of chemical patterns in extra-terrestrial worlds, and we're seeing just how diverse they can be in terms of their chemical compositions," said project leader Dr Nikku Madhusudhan from the Institute of Astronomy at Cambridge, who first measured low water vapour abundances in giant exoplanets five years ago.

In our solar system, the amount of carbon relative to hydrogen in the atmospheres of giant planets is significantly higher than that of the sun. This 'super-solar' abundance is thought to have originated when the planets were being formed, and large amounts of ice, rocks and other particles were brought into the planet in a process called accretion.

The abundances of other elements have been predicted to be similarly high in the atmospheres of giant exoplanets - especially oxygen, which is the most abundant element in the universe after hydrogen and helium. This means that water, a dominant carrier of oxygen, is also expected to be overabundant in such atmospheres.

The researchers used extensive spectroscopic data from space-based and ground-based telescopes, including the Hubble Space Telescope, the Spitzer Space Telescope, the Very Large Telescope in Chile and the Gran Telescopio Canarias in Spain. The range of available observations, along with detailed computational models, statistical methods, and atomic properties of sodium and potassium, allowed the researchers to obtain estimates of the chemical abundances in the exoplanet atmospheres across the sample.

The team reported the abundance of water vapour in 14 of the 19 planets, and the abundance of sodium and potassium in six planets each. Their results suggest a depletion of oxygen relative to other elements and provide chemical clues into how these exoplanets may have formed without substantial accretion of ice.

"It is incredible to see such low water abundances in the atmospheres of a broad range of planets orbiting a variety of stars," said Madhusudhan.

"Measuring the abundances of these chemicals in exoplanetary atmospheres is something extraordinary, considering that we have not been able to do the same for giant planets in our solar system yet, including Jupiter, our nearest gas giant neighbour," said Luis Welbanks, lead author of the study and PhD student at the Institute of Astronomy.

Various efforts to measure water in Jupiter's atmosphere, including NASA's current Juno mission, have proved challenging. "Since Jupiter is so cold, any water vapour in its atmosphere would be condensed, making it difficult to measure," said Welbanks. "If the water abundance in Jupiter were found to be plentiful as predicted, it would imply that it formed in a different way to the exoplanets we looked at in the current study."

"We look forward to increasing the size of our planet sample in future studies," said Madhusudhan. "Inevitably, we expect to find outliers to the current trends as well as measurements of other chemicals."

These results show that different chemical elements can no longer be assumed to be equally abundant in planetary atmospheres, challenging assumptions in several theoretical models.

"Given that water is a key ingredient to our notion of habitability on Earth, it is important to know how much water can be found in planetary systems beyond our own," said Madhusudhan.

Caption: The most extensive survey of atmospheric chemical compositions of exoplanets to date has revealed trends that challenge current theories of planet formation and has implications for the search for water in the solar system and beyond.

Caption: The most extensive survey of atmospheric chemical compositions of exoplanets to date has revealed trends that challenge current theories of planet formation and has implications for the search for water in the solar system and beyond.