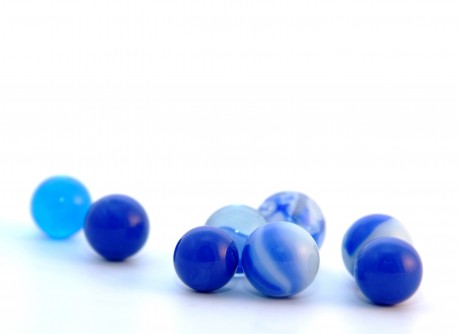 The conditions for life surviving on planets entirely covered in water are more fluid than previously thought.

Newswise — The conditions for life surviving on planets entirely covered in water are more fluid than previously thought, opening up the possibility that water worlds could be habitable, according to a new paper from the University of Chicago and Pennsylvania State University.

The scientific community has largely assumed that planets covered in a deep ocean would not support the cycling of minerals and gases that keeps the climate stable on Earth, and thus wouldn’t be friendly to life. But the study, published Aug. 30 in The Astrophysical Journal, found that ocean planets could stay in the “sweet spot” for habitability much longer than previously assumed. The authors based their findings on more than a thousand simulations.

“This really pushes back against the idea you need an Earth clone—that is, a planet with some land and a shallow ocean,” said Edwin Kite, assistant professor of geophysical sciences at UChicago and lead author of the study.

As telescopes get better, scientists are finding more and more planets orbiting stars in other solar systems, called exoplanets. Such discoveries are resulting in new research into how life could potentially survive on these other planets, some of which are very different from Earth—some may be covered entirely in water hundreds of miles deep.

Because life needs an extended period to evolve, and because the light and heat on planets can change as their stars age, scientists usually look for planets that have both some water and some way to keep their climates stable over time. The primary method we know of is how Earth does it. Over long timescales, our planet cools itself by drawing down greenhouse gases into minerals and warms itself up by releasing them via volcanoes.

But this model doesn’t work on a water world, with deep water covering the rock and suppressing volcanoes.

Kite, and Penn State coauthor Eric Ford, wanted to know if there was another way. They set up a simulation with thousands of randomly generated planets, and tracked the evolution of their climates over billions of years.

“The surprise was that many of them stay stable for more than a billion years, just by luck of the draw,” Kite said. “Our best guess is that it’s on the order of 10 percent of them.”

These lucky planets sit in the right location around their stars. They happened to have the right amount of carbon present, and they don’t have too many minerals and elements from the crust dissolved in the oceans that would pull carbon out of the atmosphere.They have enough water from the start, and they cycle carbon between the atmosphere and ocean only, which in the right concentrations is sufficient to keep things stable.

“How much time a planet has is basically dependent on carbon dioxide and how it’s partitioned between the ocean, atmosphere and rocks in its early years,” said Kite. “It does seem there is a way to keep a planet habitable long-term without the geochemical cycling we see on Earth.”

The simulations assumed stars that are like our own, but the results are optimistic for red dwarf stars, too, Kite said. Planets in red dwarf systems are thought to be promising candidates for fostering life because these stars get brighter much more slowly than our sun—giving life a much longer time period to get started. The same conditions modeled in this paper could be applied to planets around red dwarfs, they said: Theoretically, all you would need is the steady light of a star.

Computational resources were provided by the University of Chicago’s Research Computing Center and the Pennsylvania State University’s Institute for CyberScience.