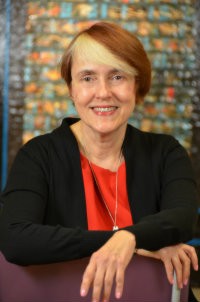 Newswise — DETROIT — A team of researchers at Wayne State University, the University of Alabama at Birmingham and the University of Pittsburgh was recently awarded nearly $2 million from the National Institute of Environmental Health Sciences of the National Institutes of Health to explore possible determinants of susceptibility to common diseases such as diabetes, atherosclerotic heart disease, and various cancers. All of these diseases are considered to be adult-onset pathologies, but the research team is exploring the possibility of origins during early periods of human development.

Melissa Runge-Morris, M.D., director of the Institute of Environmental Health Sciences (IEHS) and professor of oncology at Wayne State, was awarded the 5-year grant “Expression, Regulation and Function of the SULT1C Carcinogen-Activating Enzymes.” Thomas A. Kocarek, Ph.D., also of IEHS and associate professor of pharmacology is co-investigator on the project.

“Our long-term goal is to understand how sulfotransferase enzymes might impact drug efficacy and safety, as well as susceptibility to environmental carcinogens and modulators of metabolic processes,” said Runge-Morris.

Because sulfotransferase 1C (SULT1C) enzymes are mainly expressed early in life, they likely play important physiological roles during development. However, since the SULT1C enzymes can also convert environmental chemicals into toxic molecules, early SULT1C expression might lead to disease development later in life.

“This research will help us obtain critical information on SULT1C gene expression, regulation, and function, and how these enzymes likely play important physiological roles during development,” said Runge-Morris. “Due to their distinct abilities to bioactivate toxic and carcinogenic compounds, they are primed to promote disease susceptibility during critical windows of vulnerability, and we hope this research will shed new light on the origins of common diseases and offer new hope for reducing their onset in the future.”

The project number for this National Institutes of Health R01 grant is ES022606. ###