WCS Criticizes the Elimination of U.S. National Ocean Policy, Undermining the Health of the Ocean 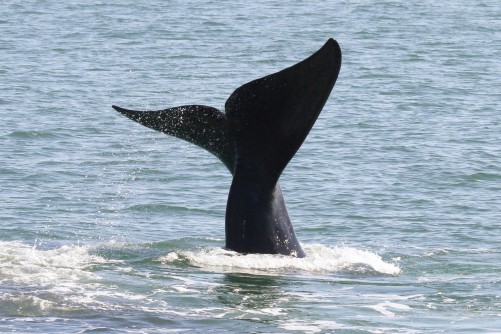 The endangered North Atlantic right whale is one of many marine species that will be negatively impacted by the elimination of the U.S. National Ocean Policy.

“At a time of renewed public awareness of the importance and fragility of our ocean, the United States needs to advance policies to protect the health of our oceans. Rescission of the U.S. National Ocean Policy could have a significant negative impact on the ocean, as well as the marine wildlife and livelihoods of millions of people who depend on them.

“The National Ocean Policy, established by Executive Order in 2010, was based on decades of research and public input and the recommendations of two bipartisan ocean commissions that called for improved coordination of our shared ocean resources. It allows overlapping agencies to coordinate the best way to conserve the ocean, the wildlife that calls them home, and the jobs and livelihoods that rely on them. WCS has engaged with this process along the way, contributing scientific expertise, convening ocean stakeholders, and building public support that is already leading to good policy and a healthier ocean.

“The public supports such coordinated efforts to conserve the ocean, while continuing our economic dependence on these ecosystems. Visitors to WCS’s New York Aquarium and zoos contributed thousands of handwritten letters, drawings and petition signatures in support of strong conservation measures and thousands more took action online to advocate for the first ever Mid-Atlantic Regional Ocean Action Plan, which was adopted in 2017 through agreement among federal and state agencies, tribes, and many diverse stakeholder groups and ocean enthusiasts. The ocean inspires Americans and people want to see them healthy and thriving.

“A strong and healthy ocean contributes to a thriving economy. The hundreds of billions of dollars contributed by offshore commerce, much of which is reliant on abundant wildlife and clean water, to our country’s gross domestic product help employ millions of people. New uses including wind energy and aquaculture are joining traditional shipping, fishing and recreational uses, and all must be done in a way that protects wildlife such as the endangered North Atlantic right whale, other marine mammals, marine turtles, sharks, corals, and more.

“The National Ocean Policy works. Multiple federal agencies have come together with state and tribal governments to proactively find planning solutions that protect both marine wildlife, jobs, transportation, and even national security. The regional ocean planning process has done tremendous work documenting and mapping the many uses of our marine waters and of identifying ecologically significant places in the ocean, including the unique Hudson Canyon off the coast of New York. The regional ocean plans in the Mid-Atlantic and New England, which were developed with extensive scientific and stakeholder input, will guide coordinated agency decisions and advance responsible development that can protect sensitive areas and species while safeguarding diverse and important economic activities.

“On behalf of the conservationists doing groundbreaking work in WCS’s marine programs in the U.S. and at the New York Aquarium, and for all ocean lovers in New York and around the world, we owe it to future generations to do all we can now to improve the health and wealth of the ocean.”