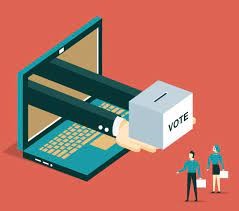 The popularity of, and controversies surrounding, early voting and mail-in ballots demonstrates a demand for more flexible voting options. But online voting shouldn’t be up for consideration, according to James Hendler, head of the Institute for Data Exploration and Applications at Rensselaer Polytechnic Institute and chair of the U.S. Technology Policy Committee of the Association for Computing Machinery, the world’s largest and oldest society of individuals involved in all aspects of computing.

In public statements expressing his own opinion and on behalf of the ACM, Hendler has discussed the vulnerabilities of online voting, and the organization’s effort to press against its adoption. Hendler argues that online voting is not and cannot be made secure against malware and denial of service attacks, and that no app or underlying technology, including blockchain, holds potential to overcome those challenges.

"The current state of mobile voting is that we are not ready to deploy it at scale, that it has significant technical and socio-technical aspects, particularly cybersecurity, that we need to worry about, and that there are alternatives,” Hendler said. “The ACM has worked hard as an organization to explain our evidence-based reasoning, and to express the hope that online-voting won’t be used now and in the foreseeable future.”

In explaining why online voting is more complicated than online banking, shopping and other common internet activities, Hendler said, “The main reason that online voting is more complex is that it must maintain anonymity, no one is allowed to know how you voted.  Securing online voting without providing access to identity is extremely difficult.  There are other reasons as well including the staggering cost and the lack of a centralized US authority, but identity management remains the number one.”

Under his leadership, the Association for Computing Machinery’s U.S. Technology Policy Committee sent a letter – along with leading organizations and experts in cybersecurity and computing – to all governors, secretaries of state and other state election directors urging them not to allow the use of internet or voting app systems.

Hendler has extensive experience in policy and advisory positions that consider aspects of artificial intelligence, cybersecurity and internet and web technologies as they impact issues such as  online voting and the regulation of social media and powerful technologies including facial recognition and artificial intelligence. In light of ongoing political unrest, Hendler is available to speak to diverse aspects of information technology as related to the election, AI in applications like policing, and the politics related to social media.