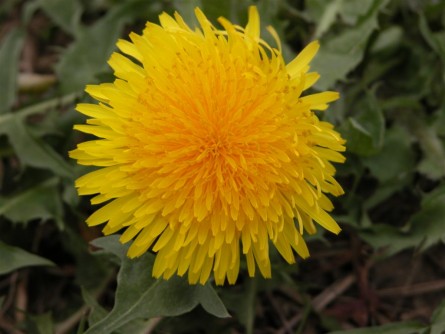 CU Cancer Center study shows that “weeding the garden” with targeted radiation allows doctors to control pockets of drug-resistant ALK+ lung cancer, while continuing the overall use of crizotinib

Newswise — A University of Colorado Cancer Center study published today in the International Journal of Radiation Oncology Biology and Physics shows that patients taking crizotinib for ALK+ non-small cell lung cancer may safely and durably use up to three courses of targeted radiation therapy to eradicate pockets of drug-resistant disease. Eliminating these pockets of resistant disease allows patients to continue treating the overall condition with crizotinib, leading to improved 2-year survival rates compared with patients forced to discontinue the drug sooner.

ALK+ lung cancers are caused by the aberrant reactivation of the ALK gene, and comprise about 3-5 percent of all cases of non-small cell lung cancer. In these cases, clinical studies have shown that the drug crizotinib is highly effective and the drug was rapidly approved by the FDA in 2011. Unfortunately, at around 8 – 10 months after the initiation of treatment, the cancer tends to acquire resistance to crizotinib. Earlier work at CU Cancer Center and elsewhere showed that resistance occurs through a change in the biology of the cancer. At this point, patients have generally been switched to another drug.

However, it may not be the entire cancer that develops resistance to the drug. Instead, as the change in biology is an evolutionary event only pockets of the cancer may become immune. Previous work from the CU Cancer Center described the use of a single course of radiotherapeutic local ablative therapy to eliminate these isolated pockets of resistant disease.

“The traditional paradigm for cancer patients has been to switch your systemic therapy to another agent if you progress, even though a majority of your cancer may still be controlled by the original drug. But what if we could use targeted radiation therapy to eliminate those sites of errant disease so a person could stay on a specific drug longer?” says Gregory Gan, MD, PhD, a chief resident in the University of Colorado School of Medicine Department of Radiation Oncology and the paper’s first author. “Using stereotactic body radiotherapy, we can ablate these limited sites of progressive disease so patients can continue on the drug they are on – a technique we refer to as ‘weeding the garden’.”

Specifically, the group followed the experience of 38 ALK+ non-small cell lung cancer patients. Of these 38 patients, 33 progressed during the study, meaning the disease gained resistance to crizotinib. Fourteen of those patients progressed in a way that allowed for local ablative therapy. These eligible patients received 1-3 rounds of radiotherapeutic local ablative therapy to “weed the garden” of resistant pockets of disease. Examples of sites that were treated included metastases to the lung, liver, abdominal lymph nodes, and adrenal glands.

“With this long follow up, we can now see that on average it took 5.5 months from the first use of local ablative therapy until further evidence of progression on crizotinib occurred – a duration of disease control that is highly competitive with what any new drug-based therapy might be expected to achieve in the acquired resistance setting. In addition, we found that you can use radiotherapeutic local ablative therapy in the same patient multiple times with excellent control of these sites of resistant cancer and minimal to no side-effects. By keeping these patients on crizotinib for longer periods of time and/or because of the direct effect of the local ablative therapy, there was a suggestion that patients may also being enjoying a significant survival benefit,” says Ross Camidge, MD, PhD, director of the Thoracic Oncology Clinical Program at the CU Cancer Center and the senior author of the study. However, Camidge cautions that this apparent overall survival benefit will need to be studied formally in a prospective clinical trial currently being established at the University of Colorado.

Among the 38 ALK+ patients, the overall survival at 2 years was 57 percent, but among those who stayed on crizotinib for more than a year it was 72 percent compared to 12 percent in those who discontinued crizotinib earlier.

“Not only does this study raise very important questions, but the pulling together of all the different analyses is part of a string of impressive achievements by Dr. Gan, who is emerging as a young leader in the field of radiation oncology,” says Brian Kavanagh, MD, MPH, CU Cancer Center investigator and vice-chair of radiation oncology at the University of Colorado School of Medicine.

“We’ve been using radiotherapeutic local ablative therapy to control pockets of drug-resistant cancer not just in ALK+ lung cancer patients but in other types of cancer in patients on targeted therapy or chemotherapy. Radiotherapy has shown great success controlling these sites of resistant disease but more work needs to be done to fully determine when it is best to use local therapies versus a change in systemic therapy. The next step will hopefully be a prospective clinical study,” says Dr. Kavanagh.