Weighing the Risks of Hormone Therapy

President and CEO of the Society for Women’s Health Research (SWHR®), the thought leader in research on biological differences in disease 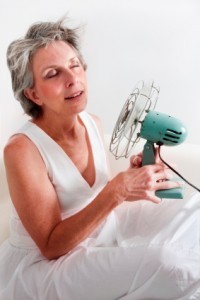 Newswise — For over a decade, hormone therapy (HT) has been a hot topic in medicine. Unfortunately, women are still confused and concerned about using HT after two federally-funded studies linked HT to potentially serious health risks. Even decades after these studies, information on HT is seriously muddied, and not much is still fully known or understood about the treatment. It's time to clear up the confusion and debunk the false reports surrounding its risks.

Even though the Food and Drug Administration (FDA) has approved many different therapies for HT and instructs physicians to prescribe these drugs at the lowest dose for the shortest time needed [1], many women and doctors are unable to shake off the alarming and potentially misleading concerns that have dominated the media regarding its use.

In 1992, the National Institutes of Health (NIH) launched the Women's Health Initiative (WHI), a 15-year set of studies of 161,808 women [2]. It was designed to investigate ways postmenopausal women might prevent cardiovascular disease in older women. The WHI was composed of several studies; two were the estrogen-plus-progestin study of women with a uterus and the estrogen-alone study of women without a uterus. Both of these trials were terminated early when it appeared that the use of HT had actually increased the risks, especially heart disease and breast cancer, for some women participating in these trials [3].

While the WHI revealed that post-menopausal women should not be using HT to prevent heart disease, it raised more questions than answers, and told us very little about the effect on early post-menopausal women. In fact, the WHI trials were NOT even designed to test the effects of use on early postmenopausal women. The average age of women who participated in the WHI was 64 years, making them approximately 12 years post-menopausal [4]. Further, the WHI study was focused on heart disease prevention in older women and did not address the fact that most women take HT to treat the unpleasant and sometimes debilitating symptoms of menopause, and NOT for disease prevention. This suggests that the risks and benefits of HT differ between women who use HT in the general public and the women who participated in the WHI. Additionally, the WHI findings were only based on the specific oral form dose, which is a much larger dose than what is currently used, so little is known about how these discoveries would apply to other forms such as, tablets, patches, and creams, which are now commonly prescribed [5].

With all of the contradictory messages surrounding HT, it is important to take into consideration your symptoms, family history, and lifestyle and have a discussion with your physician regarding the risk and benefits of HT treatment. Many women, frightened by the publicity around the WHI findings have turned to alternative methods in order to treat menopausal symptoms, like compounded bio-identical hormone replacement therapy (BHT).

Stayed tuned. Next, we'll take a closer look at the popularity and potential misuse of BHT.