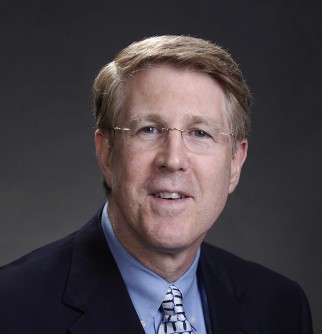 Stephen Hursting, PhD, MPH, is a UNC Lineberger member and professor of nutrition in the UNC Gillings School of Global Public Health and the UNC Nutrition Research Institute.

“Our basic finding was that surgical weight loss in obese mice was able to inhibit mammary tumor growth in a mouse model of basal-like breast cancer, while weight loss induced by a low fat, low calorie diet was not,” said Emily Rossi, the paper’s first author and a pre-doctoral trainee with the UNC Lineberger Cancer Control and Education Program.

Rossi and her colleagues in the lab of Stephen Hursting, PhD, MPH, a UNC Lineberger member and professor of nutrition in the UNC Gillings School of Global Public Health and the UNC Nutrition Research Institute, are leading research to understand and potentially break the link between obesity and cancer.

“Data from human studies has suggested that there is something mechanistically different about bariatric surgery, relative to diet-induced weight loss, that makes the surgery more effective at preventing or controlling breast cancer,” Hursting said. “Now that we have (for the first time) replicated this surgery versus diet effect in an experimental model of breast cancer, we have the opportunity to determine the molecular and metabolic factors that are responsible for the protective effects of the surgery.”

Obesity is a significant risk factor for several types of breast cancer, including basal-like breast cancer subtype. Rossi, Hursting and their colleagues have shown in previous research that obesity reversal through diet may not be enough to reverse the effects of chronic obesity on molecular drivers of cancer, including epigenetics and inflammation.

In the most recent preclinical study, mice were either fed a low-fat diet or an obesity-promoting high-fat diet for 15 weeks. Obese mice were then randomized to a weight loss surgical procedure called a sleeve gastrectomy, in which the surgeon removes a large portion of the stomach, or to lose the same amount of weight through a low-fat diet.

“One consequence of the obesity epidemic in the United States and many other countries is increasing rates of obesity-related cancer,” Hursting said. “However, we are not going to solve this growing problem through bariatric surgery, which, despite being effective, is too expensive and too difficult to be done on everyone who is obese. Our goal is to understand what the surgery is doing metabolically to slow tumors, and replicate those protective effects through combinations of diet, exercise and possibly drugs that target some of the same pathways as the bariatric surgery.”