Welcome Words at the Bedside 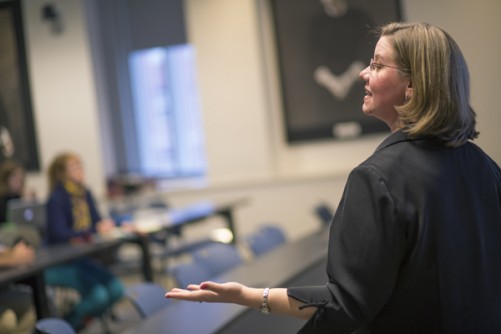 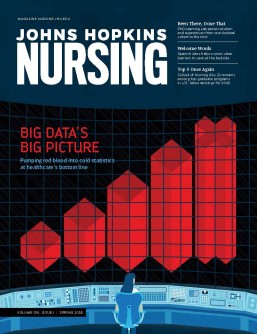 Newswise — In 1996, Sarah Dutton, studying abroad in Mexico, went to a local hospital to get treatment for a second-degree sunburn. Although she spoke some Spanish, she still felt vulnerable about seeking care in another country. “When we come for medical care, we’re in pain, we’re on medication, we’re confused, we’re angry, we’re altered from our normal selves,” she says. “Add a language barrier to that, and it’s very difficult. There was such a divide between me and my doctor. If someone had said, ‘Hi, how are you?’ … just spoken in my own language, I would have felt better.”

Since 2002, Dutton has been preparing nurses (as well as physicians and public health professionals) to break down these language barriers. At the Johns Hopkins School of Nursing, her beginner, intermediate, and advanced Spanish classes cover medical terminology and cultural competence. This year, she will also unveil Beginning Spanish for Medical Personnel, a noncredit class taught through a combination of online and in-person lessons for registered nurses and healthcare providers who are already working with patients. Conversational Spanish for Healthcare Professionals, Level 2, runs May 12–June 16 and is currently accepting students.

At the Johns Hopkins Hospital, the number of limited English proficiency (LEP) patients has skyrocketed in the past four years. In 2013, there were nearly 50,000 requests for interpretation services, more than double the number of requests in 2009. Fifty-seven percent of them were for Spanish-speaking patients.

The Civil Rights Act of 1964, which prohibits discrimination based on national origin, requires interpreters for hospitals that receive federal funding. Johns Hopkins Medicine International’s thriving Language Access Services’ department (LAS) has 18 full-time interpreters and 45 floaters — many of whom have passed a rigorous two-year testing period to become certified — who interpret in-person and by phone and video in 111 languages 24 hours a day.

To “teach [healthcare providers] to develop that capacity for connection,” Dutton says, the classes cover enough Spanish vocabulary for nurses to react to conversations in a medical setting. To do this, they learn to use the theory of circumlocution, or speaking around a word. For example, if they don’t know the word “otorrinolaringólogo” (otolaryngologist), they can say “un medico para enfermedades de los oídos, la naríz y la garganta” (a doctor for illnesses of the ears, nose, and throat).

During a final exam, all students take health histories of interpreters playing the role of a patient. For LEP patients, “coming [to Hopkins] is like landing on the moon,” says Robert Stucky, a Spanish-language interpreter and a frequent volunteer during Dutton’s final exams. “Being sensitive to that is huge.” Intermediate students also shadow interpreters to get a behind-the-scenes look at their jobs.

As a nurse practitioner with Weill Cornell Internal Medicine Associates at New York Presbyterian Hospital, Anthony Pho, works with a patient population that is 30 to 40 percent Spanish-speaking. Because he can make a verbal connection with them, “[my patients] are more willing to be honest about what is happening in their lives,” says Pho, a master's program graduate of Johns Hopkins Nursing. “They also trust me more with their medical care.”

Dutton also covers specific Hispanic and Latino cultural beliefs, such as the concept of the mal de ojo, or “the evil eye.” Say a mother visits a clinic with her sick child. Trying to develop a rapport, a nurse compliments the child, calling him “strong” and “beautiful.” But the mother suddenly looks uncomfortable. That’s because some in the Latino culture believe that children who receive compliments are more susceptible to illnesses from the mal de ojo. Nurses familiar with this belief system will know to touch the baby’s shoulder or his blanket—a gesture thought to offer protection from the evil eye—while offering compliments.

Nurses also learn about the economic and social challenges that Spanish-speaking patients could be facing. They may fear deportation; may be struggling financially; may be separated from families who stayed in their home countries.

“You can have all the medical information that patients need to be well, but if you cannot communicate it effectively, it doesn’t matter,” Dutton says.

More Learn more about Spanish classes or register at the Johns Hopkins School of Nursing (JHSON).In her own words: Meet a student from the JHSON master's program.At Hopkins Hospital: A surgical approach to cutting costs at Wilmer Ophthalmology. 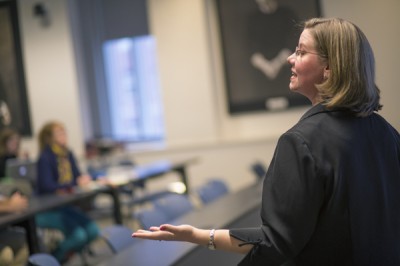 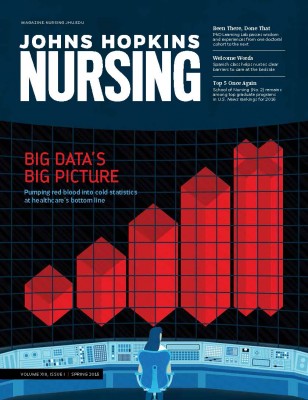