Wells Fargo and the Public's Withdrawal of Trust

9-Jun-2017 11:05 AM EDT, by University of Virginia Darden School of Business
favorite_border 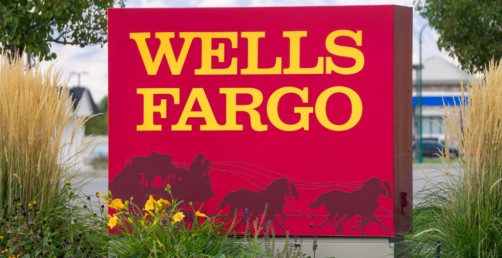 Newswise — In 2015, Wells Fargo ranked No. 7 on Barron’s list of most respected companies, a ranking of the 100 largest publicly traded companies on Standard & Poor’s index. In the 2017 ranking, out last week, it came in dead last.

How did the company lose professional respect, the trust of the public, and its reputation for sterling service, honest dealings and pride in its products? Ethical missteps.

The study suggests that the company’s culture — in which the pressure to succeed was paramount — presented employees with the opportunity to cheat and excuse their dishonest behavior. Those factors led to the scandal that stained the company’s reputation and cost it $185 million in a settlement package with the Consumer Financial Protection Bureau, the Office of the Comptroller of the Currency, and the City and County of Los Angeles.

“Pressure to succeed can be a good thing — it is often what leads to higher performance in organizations,” says Lynch. “But sometimes it is difficult to realize that too much pressure is being applied — because those individuals who should be detecting that there is too much pressure are the very ones applying it.”

The company was flourishing in 2015. Barron’s regularly placed Wells Fargo high on its most respected companies list. It enjoyed a reputation as the “world’s most valuable bank,” ranking first in market value among all U.S. banks. Even stock wizard Warren Buffett jumped on board the Wells Fargo stagecoach.

Under then CEO and chair John Stumpf, Wells Fargo emerged from the 2008–09 financial crisis in good enough shape to acquire Wachovia, which had suffered massive losses from its loan business.

Wells Fargo’s success stemmed primarily from its focus on its community banking, which provided financial solutions such as checking and savings accounts, loans and credit cards to households and small businesses. In 2015, that division boasted 6,000 local bank branches across the country and was responsible for 57 percent of Wells Fargo’s annual revenue. The division was also the bank’s public face.

King of the Cross-Sell

But the devil lay there. Its primary strategy was cross-selling, a common business tactic in which existing customers are sold additional products. Stumpf lauded cross-selling, writing shareholders in a 2010 letter that the bank had been called the “king” of cross-sell. Wells Fargo, in fact, was the only major bank to explicitly report on its cross-selling results in its annual reports and securities filings.

It worked. The company’s slogan became “Going for Gr-eight,” a reference to its ambitious goal to sell an average of eight products per customer — or about half the financial service products an average person needed through their life.

The numbers grew phenomenally, but for all the wrong reasons. Branch managers and tellers did the selling. District managers discussed daily sales for each branch and each employee four times a day, some going so far as to set daily and hourly sales goals. One area president told employees to “do whatever it takes” to sell. Meanwhile, a sales incentive program tied meeting goals to compensation.

So employees began cheating, rationalizing that they would lose compensation or even their jobs if they didn’t. They began opening ghost accounts, at first in the names of family members, then targeting groups such as Native American tribes, immigrants and the elderly, who were seen as less inclined to ask questions. Employees created more than 1.5 million deposit accounts and over 500,000 credit card accounts that weren’t authorized by customers. Some consumers were charged fees to maintain the accounts. Allegations from former employees led state and federal regulators to investigate and the scandal became public.

How did such a good company make such bad decisions?

Lynch says the dangerous trio of pressure, opportunity and rationalization allowed the unthinkable to happen:

“I think most human beings truly want to do the right thing. But it’s often the case that organizational characteristics create a situation in which employees go astray — perhaps in response to undue pressure, and in the presence of failures by organizations to have appropriate systems to deter bad behavior,” says Lynch.

“Modeling strong belief systems and strong corporate values are some of the best ways to deter employees from attempts at rationalization — those strong beliefs, if adequately communicated and lived daily by upper management, let employees know that rationalizing bad behavior is not acceptable in the organization.”

Changing corporate culture can be tough, she says, but not impossible. Outside leaders with new ideas and new leadership styles can be brought in, internal oversight can be put in place, and consequences for unethical behavior can be clearly stated and acted on when the situation warrants.

Companies should have a clearly articulated values statement that spells out the fundamental core beliefs that should guide all behavior in the organization. And top management must live those values every day. “Management must walk the walk, not just talk the talk — we all know that actions speak louder than words,” says Lynch. “Much of the opportunity for employees to engage in unethical behavior can be reduced or eliminated by having good control systems in place.”

This article is based on the case The Wells Fargo Commercial Banking Scandal (Darden Business Publishing), by Darden Professor Luann J. Lynch and Cameron Cutro (MBA ’16).

Lynch’s expertise and research interests are primarily in how to best pay or otherwise give incentives to bosses that will make their companies succeed. The focus of her work can be broadly characterized as an exploration of how incentives and compensation systems are structured to encourage the desired behavior by... LEARN MORE