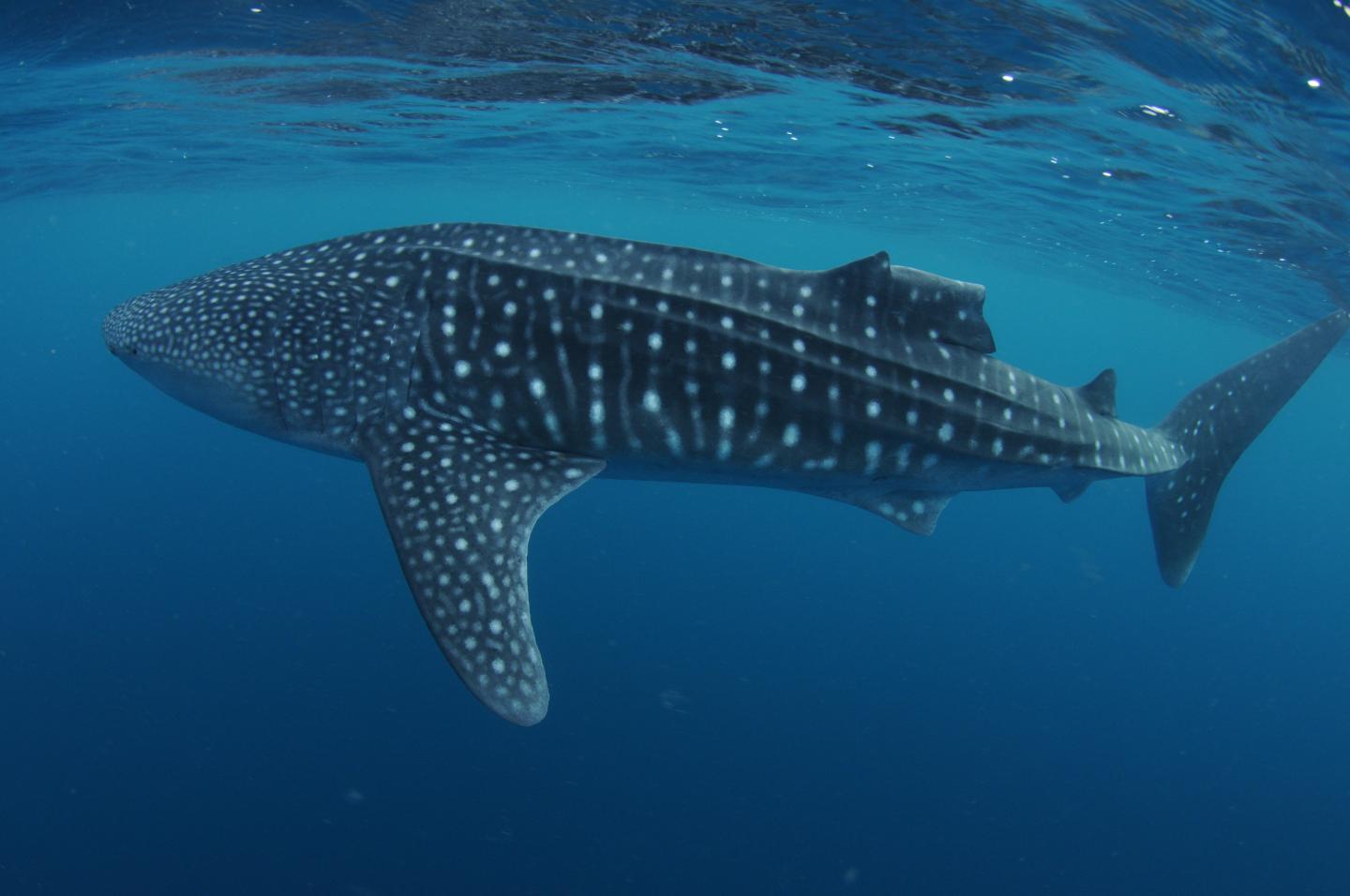 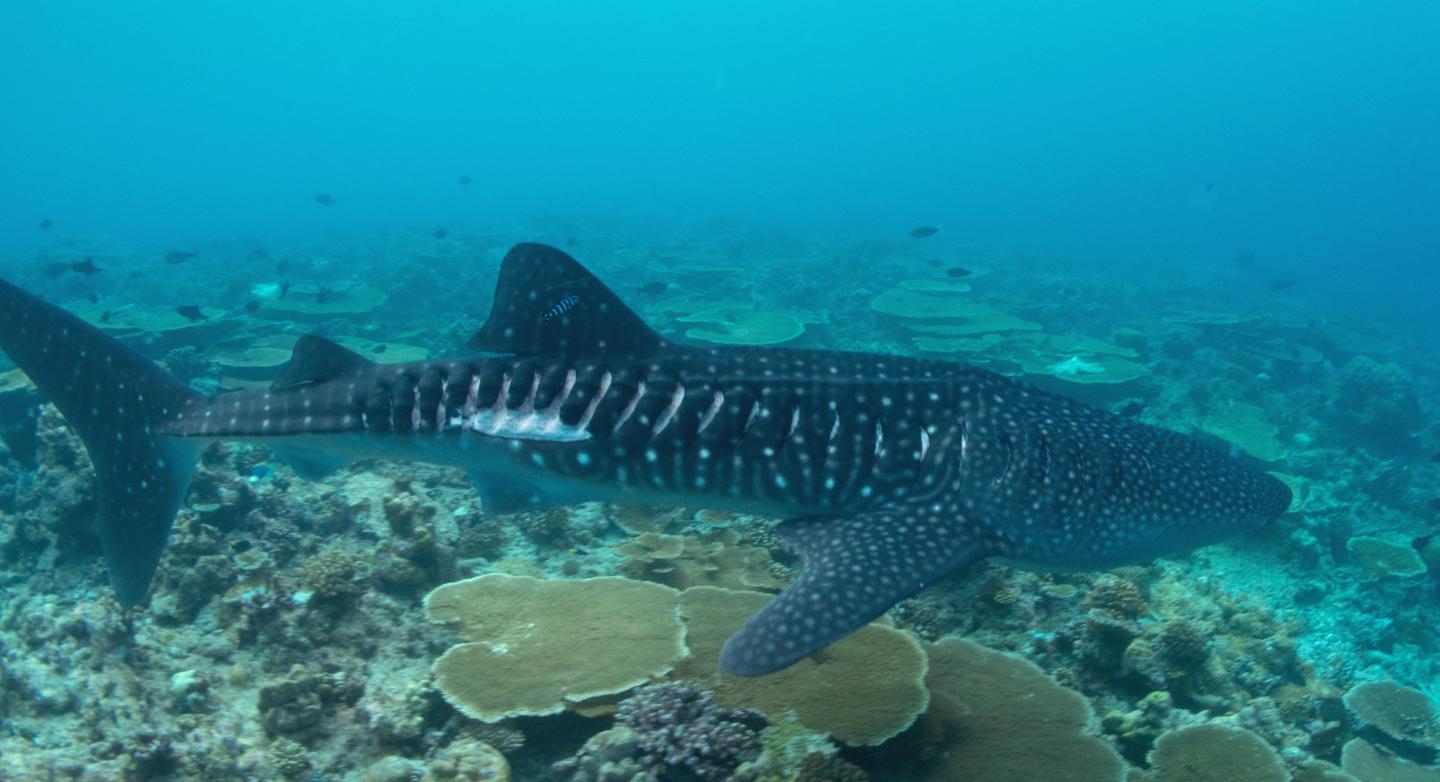 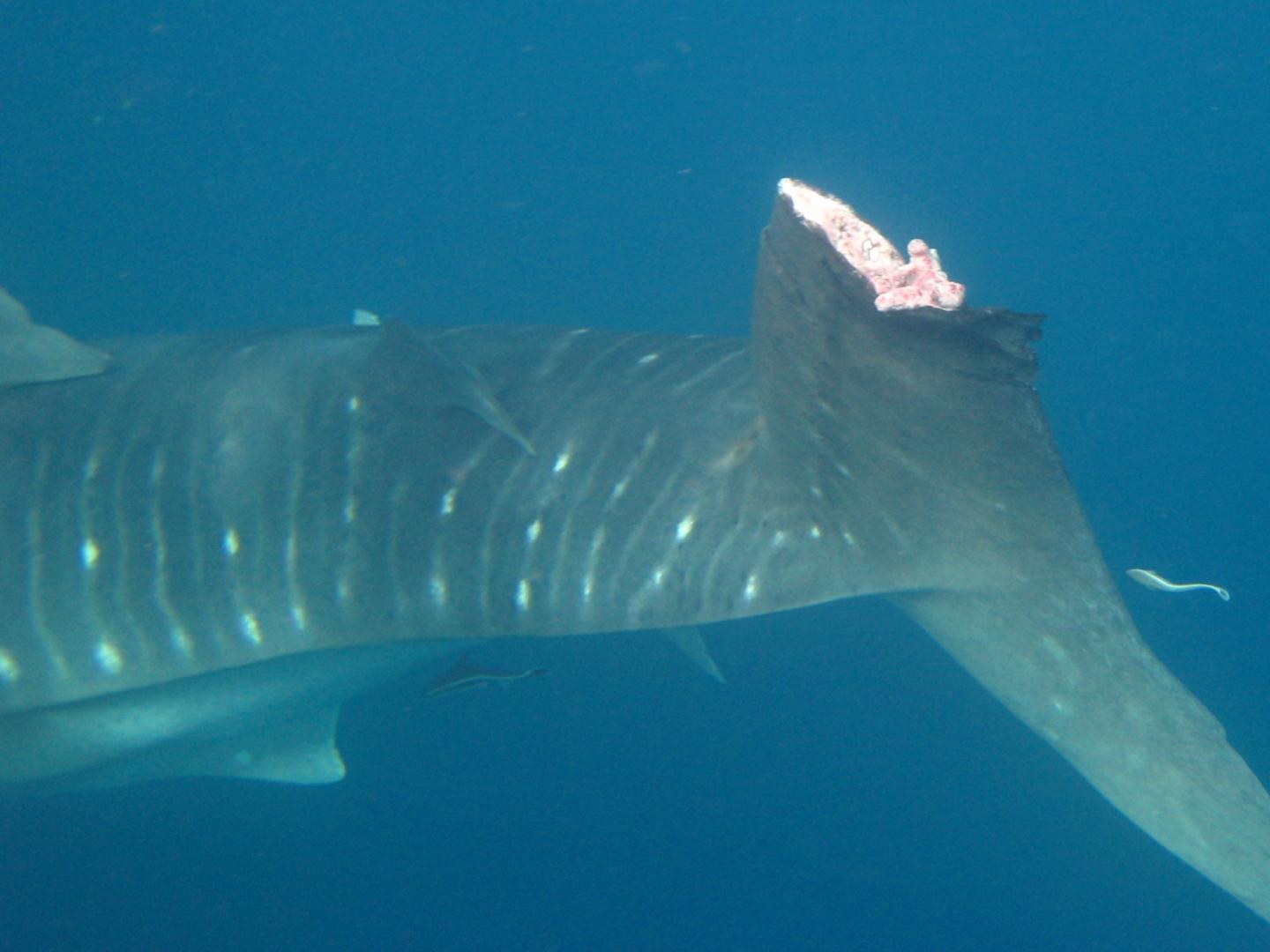 Newswise — A new study has for the first time explored the rate at which the world's largest fish, the endangered whale shark, can recover from its injuries. The findings reveal that lacerations and abrasions, increasingly caused through collisions with boats, can heal in a matter of weeks and researchers found evidence of partially removed dorsal fins re-growing.

This work, published in the journal Conservation Physiology, comes at a critical time for these large sharks, that can reach lengths of up to 18 metres. Other recent studies have shown that as their popularity within the wildlife tourism sector increases, so do interactions with humans and boat traffic. As a result, these sharks face an additional source of injury on top of natural threats, and some of these ocean giants exhibit scars caused by boat collisions. Until now very little was known about the impact from such injuries and how they can recover.

"These baseline findings provide us with a preliminary understanding of wound healing in this species" says lead author Freya Womersley, a PhD student with University of Southampton based at the Marine Biological Association, UK. "We wanted to determine if there was a way of quantifying what many researchers were anecdotally witnessing in the field, and so we came up with a technique of monitoring and analysing injuries over time".

The unique spot markings of whale sharks allow researchers across the world to identify individuals and monitor regional populations, making use of websites such as WildBook where people can upload photos of their shark sightings. For this study, the research team examined photographs taken by citizen scientists, researchers and the whale shark tourism industry in two sites in the Indian Ocean where the sharks frequently gather, and used these markings to standardise between images. This method allowed the team to compare photographs taken without specialist equipment over time and increased the amount of data available to assess and monitor how individual wounds changed.

"By using our new method, we were able to determine that these sharks can heal from very serious injuries in timeframes of weeks and months" says Freya. "This means that we now have a better understanding of injury and healing dynamics, which can be very important for conservation management."

The study also highlighted whale sharks' capability to re-grow a partially amputated first dorsal fin, which, to the authors' knowledge, is the first time a shark has ever been scientifically reported exhibiting this phenomenon. Of further interest, their unique spot markings were also observed forming over previously injured spots, which suggests that these beautiful markings are an important feature for this species and persist even after being damaged.

These healing capabilities suggest that whale sharks may be resilient to impacts caused by humans, but the authors of this work note that there may be many other less recognisable impacts of injuries to these animals, such as reduced fitness, foraging capacity and altered behaviours; so injuries need to be prevented where possible. They also found variation within healing rates, with lacerations, typical of propeller injuries, taking longer to heal than other kinds of wounds, highlighting the need for further research to determine the influence of environmental and more nuanced individual factors on injury healing.

Careful management of whale shark aggregation sites, which occur seasonally at a number of coastal regions around the world, is essential to ensure the sharks are protected while spending time in areas of high human activity. If sharks are encountered with injuries in these locations, research such as this can help local teams estimate how old the injury is and make assessments about where and how it might have been inflicted based on knowledge of whale shark movements and tendency to return to the same locations.

Recent research published in Nature found that 71% of pelagic sharks have declined over the last 50 years, and highlighted the need to enforce stricter protections for this important group of ocean inhabitants.

Freya concludes, "Whale sharks have been experiencing population declines globally from a variety of threats as a result of human activity. Therefore, it is imperative that we minimise human impacts on whale sharks and protect the species where it is most vulnerable, especially where human-shark interactions are high.

"There is still a long way to go in understanding healing in whale sharks, and in shark species in general, but our team hope that baseline studies such as this one can provide crucial evidence for management decision makers that can be used to safeguard the future of whale sharks."