Whales Hear Us More Than We Realize 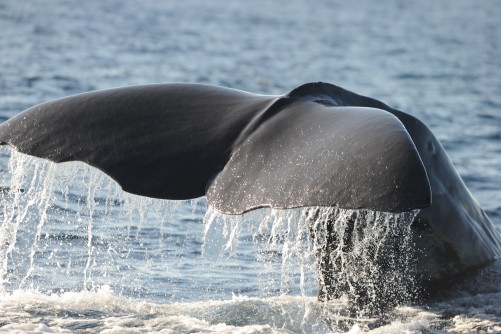 A sperm whale off the coast of southern California 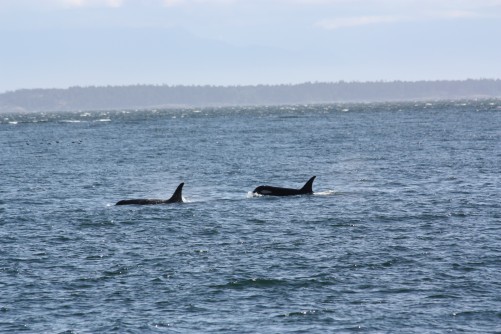 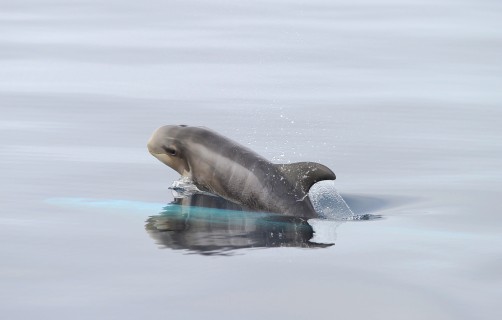 A dolphin off the coast of southern California

That’s because commercially available sonar systems, which are designed to create signals beyond the range of hearing of such animals, also emit signals known to be within their hearing range, scientists have discovered.

The sound is likely very soft and audible only when the animals are within a few hundred meters of the source, say the authors of a new study. The signals would not cause any actual tissue damage, but it’s possible that they affect the behavior of some marine mammals, which rely heavily on sound to communicate, navigate, and find food.

The findings come from a team of researchers at the Department of Energy’s Pacific Northwest National Laboratory, working together with marine mammal expert Brandon Southall of Southall Environmental Associates. The findings were published April 15 in the journal PLOS ONE.

The team found that while most of the energy is transmitted near the intended frequency of 200 kilohertz, some of the sound leaks out to lower frequencies within the hearing range of killer whales and other animals such as harbor porpoises, dolphins and beluga whales. The three systems studied produced signals as low as 90, 105 and 130 kilohertz.

At the levels measured, the sounds would be quieter than many other sounds in the ocean, including the sounds the animals themselves make, and they wouldn’t be heard at all by the animals beyond a few hundred meters.

“These signals are quiet, but they are audible to the animals, and they would be relatively novel since marine mammals don’t encounter many sounds in this range,” said Southall, who is the former director of the Ocean Acoustics Program of the National Oceanic and Atmospheric Administration.

“These sounds have the potential to affect animal behavior, even though the main frequency is above what they primarily hear. It may be that environmental assessments should include the effects of these systems. This may not be a major issue, but it deserves further exploration,” added Southall.

The new findings have their roots in a project to track marine mammals in Puget Sound, which was part of a broader effort to provide information on the environmental impact of a planned tidal energy project there near Seattle. Researchers had planned to use sonar to help locate killer whales, but some marine mammal experts had observed that the animals might actually be hearing the sonar. Those observations led to the study, which was funded by the Department of Energy’s Office of Energy Efficiency and Renewable Energy.

How do the sonar signals actually sound to marine mammals like killer whales? Since high-frequency sonar pings several times per second, it’s possible that it sounds like one continuous, high-pitched hum or ping.

“If you think of a keyboard on a piano, the ships would be hitting the low notes quite hard, the middle keys would be most of the sounds of the animals themselves, and the sonar systems we studied would be relatively quieter sounds in the top few octaves on the right of the keyboard,” said Southall.

The authors of the paper did not directly study the hearing capability of whales and other marine mammals. Instead, the study focused on the sounds produced by sonar systems, discovering that commercial sonar systems are emitting signals within the animals’ known hearing range. Deng and colleagues are currently considering ways to limit signal leakage to reduce the amount of sound from high-frequency sonar systems that would be audible to marine mammals. 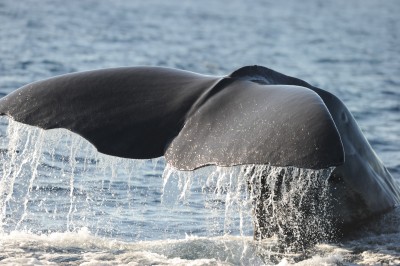 Caption: A sperm whale off the coast of southern California 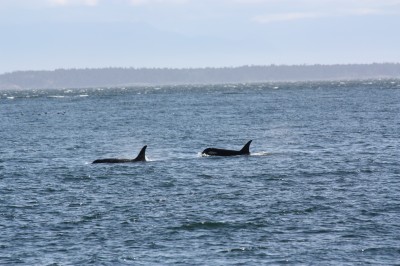 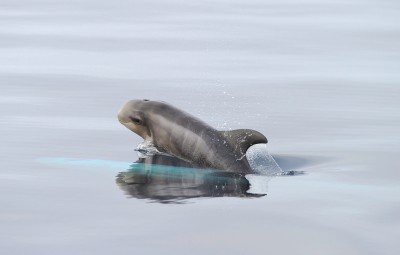 Caption: A dolphin off the coast of southern California