What a Locust’s Nose Taught Engineers About Monkeys’ Ears

‘The pause is as important as the note’ appears to be valid in senses of smell, hearing 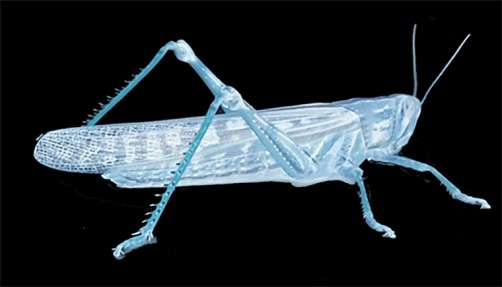 Using a locust's sense of smell, engineers at Washington University in St. Louis investigated how the presence and absence of an odor or sound is processed.

Newswise — Is there an opposite for the smell of a rose? Is silence simply the absence of sound? The results of a recent study by a team of biomedical engineers in the School of Engineering & Applied Science at Washington University in St. Louis offer profound implications for how sensory information may be encoded in the brain.

When you cradle your morning cup of coffee in your hands and inhale its rich aroma, certain neurons in your brain, or “coffee-present neurons,” are turned on by the coffee molecules to tell you the coffee is present. When you remove your nose from your coffee cup, is the disappearance of the coffee aroma the result of the absence of coffee molecules that deactivate the “coffee-present neurons,” or is the absence of coffee also a sensory stimulus similar to its presence? The Washington University team, led by Barani Raman, associate professor of biomedical engineering, found the answers to these questions using a surprising combination of animals and sensory modalities in research published May 23 in Nature Communications.

To test this interpretation that “off” responses are necessary for unsensing, Raman and members of his lab used Pavlovian methods to train locusts to recognize certain odors. When the trained locusts were presented with the scent they had been conditioned to recognize, they opened their palps — sensory appendages near their mouths — and kept them open as long as the stimulus was presented, or during the time the “on” neurons would be responding. Raman and his team found that trying to distract the locusts with another cue did not terminate the behavioral response, even though the “on” neurons responding to the odor they had been conditioned to recognize were no longer active.

The “off” process has puzzled researchers for a long time. In an earlier study published in Nature Neuroscience, Raman’s group reported that locusts recognize trained odorants within a few hundred milliseconds after the stimulus is presented.

“Since generating a strong spiking response is metabolically expensive, and the odor has already been recognized, why have another bout of dense spiking after the stimulus termination?” Raman said. “Now we know that it is actively terminating the behavior response to that particular stimulus. Our results are beginning to provide some insights on the importance of neural responses that occur during and after a stimulus exposure in generating a dynamic behavioral response,” he said.

After seeing this behavior in the locusts, Raman turned over the primate part of the study to Wensheng Sun, a doctoral student who worked in Raman’s lab and now works in the lab of Dennis Barbour, MD, PhD, associate professor of biomedical engineering. Sun tried to find if the similar neural response features were also present in the auditory cortex of primates. To their surprise, it was.

“What we find in audition and olfaction is quite different,” he said. “A single neuron can respond when the odor or sound is present, the ‘on’ response, for some set of stimuli and the same neuron can also respond with an ‘off’ response to others. In that, the on/off responses in the visual vs. olfactory/auditory systems differ.”

Barbour, who studies the neurophysiology of sensory processing in the auditory system, said while the response times between the olfactory and auditory systems are different, the neurons are responding in the same way. Olfaction is a very slow modality, while speech and sound move very quickly. If we miss a word or a stretch of speech when someone is speaking, it becomes difficult to understand.

“We saw this rapid decoding in the auditory system as fast as we could detect it. If an animal hears a predator, it has to know quickly. That makes perfect evolutionary sense. The active reset prepares the auditory system for the next sound to be decoded just as quickly.”

Barbour said the results of the research gives strong evidence that there may exist a stored set of signal processing motifs that is potentially shared by different systems and sensory modalities.

“It could be universal,” he said. “Similar findings in different species, sensory systems and brain regions support the idea that this is a general phenomenon, therefore that this would exist in other species and other sensory systems.”

Funding for this research was provided by the Office of Naval Research, the National Science Foundation, the National Institutes of Health (DC-009215) and by a McDonnell Center for Cellular and Molecular Neurobiology fellowship.