What Else Comes with a College Degree? An Extra 10 Pounds, Says New Study

“Freshman 15” a Myth: Gains Occurred Over All Four Years 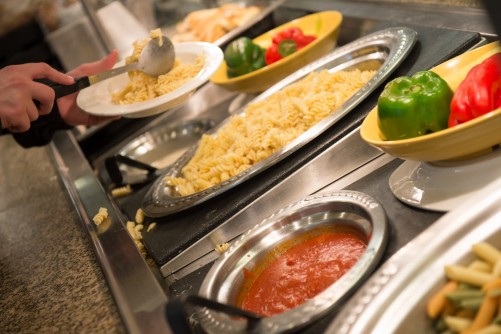 College students gained an average of 10 pounds during college, a new study published in the Journal of Nutrition Education and Behavior found. The number of students who were overweight or obese increased 78 percent.

Newswise — College students are carrying more than a diploma across the stage at graduation. They’re lugging an extra 10 pounds gained over their college years, on average, along with the associated health risks, says a new study just published in the Journal of Nutrition Education and Behavior.

“The myth of the ‘freshman 15’ has been widely debunked,” said the study’s lead author, Lizzy Pope, assistant professor in the Nutrition and Food Sciences Department at the University of Vermont. “But our study shows that there is concerning weight gain among college students that happens over all four years they are in college.”

The study measured student weight and body-mass-index at the beginning and end of students’ first and second semesters and again at the end of their senior year.

At the beginning of their college careers, the mean weight of the students in the study was about 147 pounds. By the end of senior year, it had increased to about 157 pounds.

The extra weight translates to increased health risk, according to the study. Twenty-three percent of the students in the study were overweight or obese as they were starting college. By the end of senior year, 41 percent were in that category, a 78 percent increase.

Obese young adults are at risk for a variety of health conditions, Pope said, including diabetes, hypertension, polycystic ovarian syndrome and pscho-social distress. The risk of becoming obese by age 30, a condition that carries a host of health concerns including a doubled mortality rate, is much greater for obese adolescents than for those of normal weight.

All four yearsWhile students gained roughly a third of the weight in their first year -- about three pounds on average – they also gained in other years, an important finding for the design of behavior-related interventions meant to help them keep the pounds off.

“These findings suggests that health practitioners should not limit their programming to just to that first year,” she said, “but extend it over all four years of the college experience.”

While there was no direct connection among the students surveyed between lifestyle factors and weight or BMI gain, only 15 percent of the sample met the exercise target of 30 minutes of moderate exercise five times a week. And for most students, fruit and vegetable consumption was also below the recommended intake.

“This study and earlier ones suggest that college students are prone to weight gain that can impact their health in the present and even more significantly in the future," Pope said. "An important element of any strategy to stem the obesity epidemic would be to target this population with behavioral interventions over all four years of their college careers.”