Blockchain expert explains the next wave of the internet 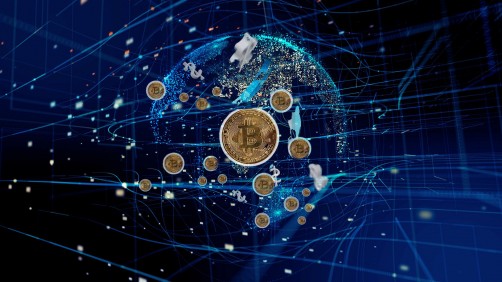 The next stage of the internet will be built on the blockchain.

Newswise — The latest tech buzzword being bandied about: Web 3.0.

But what exactly is it?

In a nutshell, it’s going to be your future internet.

Let’s back up a bit. Web 1.0 was when the internet started. The goal was to bring digital information to end users and make it searchable. You could do some basic shopping. It’s when Amazon sold only books. It was crude, clunky and oftentimes ended in you throwing your hands up and just going to the library.

Web 2.0 — what we have now — is characterized by interactivity. You can stream content, choose what subtitles you’d like, pause it and fast forward. You can comment on Google docs and pass them around. You can play games with someone on the other side of the world.

ASU News talked to Dragan Boscovic, a research professor in the School of Computing and Augmented Intelligence in Arizona State University’s Ira A. Fulton Schools of Engineering, about Web 3.0.

Boscovic is an expert in machine learning, cognitive networks and symbiotic relations. He is also the director of ASU’s Blockchain Research Lab and is the technical director of ASU’s Center for Assured and Scalable Data Engineering.

Answer: Web 3.0 is all about the data ownership. If you think of 1.0 or 2.0, all information about how you interact with the content is stored by whoever is a provider. Is it Google or Netflix or Facebook? So you as the consumer don't have the ownership of the data that are collected during your internet session. So Web 3.0 is about basically how all those different stakeholders participating in a given internet business ecosystem retain control over their data and how I make basically a new business model centered on really monitoring the data.

I'll give you an example. For instance, you are interested in your ancestry line. You swab your mouth or nose or whatever, and you send that to the company that analyzes it. You pay $50, and after a few weeks, you get information that Scott is half Irish, 25% German and so on, so forth. ... That information is basically now resting with that company that did genetic profiling of you. They probably are going to monetize that in many different ways, OK? So they are going to sell that in bulk to a pharma company because the pharma company will need to test the efficiency of their new drug designed on different genetics. And rather than having trials, they can do that nowadays through very sophisticated simulations. You gave up your essential data, your genetic makeup, just because you wanted to know your ancestry line, and other people are making money out of that.

So with Web 3.0, now I have a data marketplace, and that data is not the genetic test company data. It is still Scott's data, OK? And Scott is able to basically list that as a non-fungible token (NFT). As a data parcel, it can be divided or it can be access controlled. So it means that you can give access to certain portion of your genetics. And you can give that to only people or the company that you feel will meet the profile that you like to work with, and each time somebody accesses or uses that data, you are going to get paid yourself. And you can basically dictate how that data is used, or how long, for what application, by whom and all that. That is in essence Web 3.0. It is about tokenization of the data and building the data economy.

Q: Will this come about by legislation?

A: This needs to come through legislation, but it also is going to come through just competitive pressure. Now that we have technology, you would have companies that would be offering this to you at a smaller scale. Sooner or later, Amazon or Facebook will see that the subscriber base is starting to erode because people are finding better offers or they like to stay in control of their data. So they would need also to offer similar services to those new Web 3.0 service providers. But you are right — at some point, to accelerate that, we would need to have some kind of regulation that will basically encourage this transition and make things, I would say, more structured, so that you don't have all those players that do not necessarily have the best of intentions. They are just trying to get the data or get some kind of benefits while we have these gray zones and they can play all kinds of games.

Q: Right now, it seems to me, there'd be no incentive at all for big tech to embrace this. Quite the opposite.

A: I think big tech is starting to look into that. They definitely are starting to look in into this in order to protect the existing business models. Web 3.0 is all about retaining the ownership of the data and inventing, or innovation in new business models. How would you tokenize services? How would you and I become the shareholders in Amazon, just on basis of having used that for the past 15 years?

Q: I'm going to guess cryptocurrency comes in as it's going to be the currency of Web 3.0, how you’re compensated for your data, that type of thing.

A: Yes. I think the cryptocurrency is becoming native to Web 3.0. It can automate payments between different services. If you want to participate in any of those Web 3.0 businesses, you would need to also make sure that it has to be automated. This business needs to happen even while you sleep. So your data can be monetized, even though you are not online, you would have your policies and you would be able either to buy or sell data even just through smart contracts, OK? And smart contracts using that crypto currency to settle accounts between who owes to whom. That is where cryptocurrency comes in, because blockchain has all those protocols of consensus building and validating transactions without a Scott needing to receive a code on his mobile phone and then enter it in a web application to confirm that it was really Scott who has initiated the transaction.

Q: When do you think this will begin to manifest itself? Is this a long way off in the future, or 10 years off?

A: I think the better question is not when it is going to start, because I think it has already started. The better question is when it is going to scale at the levels to be noticed and talked about by ordinary people. ... What I would say is in the next 10 years, this will be the predominant wave of internet business model, where the business is based on the data ownership, services are tokenized and the accounts are settled directly between those internet services through means of smart contracts and cryptocurrencies. We just need to wait for those people that are 20, 25 years old right now to be 35 and be decision-makers or become decision-makers, and be the main proponents between a new economy data economy.