"We are the monster,” said James Kendrick, Ph.D., associate professor of film and digital media in Baylor’s College of Arts & Sciences. Kendrick has authored three books: Darkness in the Bliss-Out: A Reconsideration of the Films of Steven Spielberg; Hollywood Bloodshed: Violence in the 1980s American Cinema; and Film Violence: History, Ideology, Genre.

“Character and story, atmosphere and the monster,” Kendrick said. “That’s all you really need. Interesting, engaging characters in an effective setting pitted against some kind of monstrosity. That is the core of the genre, and anything and everything else grows from and functions to support those three elements.”

The audience must be able to relate to characters and feel a sense of empathy for them, he said. The atmosphere must engage the audience and provide an effective platform for fear.

Kendrick said the 2017 film “Get Out,” written and directed by Jordan Peele, is a good example.

“The film intelligently mixes its various horror conventions, including stalk-and-slash scares, fears about secret cults and medical horror, with both comedy and social satire to make a point about troubled race relations in our ‘post-racial’ nation,” Kendrick said. “The protagonist is an African-American who finds himself increasingly concerned about the intentions of all the white people around him. In effect, polite, wealthy white society becomes the film’s raging monster.”

In the same way that characters and settings have developed throughout history, so has the monster, Kendrick said. A great monster will capitalize on the existing fears of society and use these for a greater scare-factor.

“The monsters are more often than not simply an extension or elaboration of what we fear due to our mortal condition,” Kendrick said. “At the heart of horror is always the fear of death – physical or spiritual.”

Fear “works” because it is able to play with human empathy, Kendrick said. By using current situations, directors and producers are able to generate characters and settings that their audience can relate to.

“The best films, the ones that really stand out in our memory, are the ones that we connect with emotionally through characters and that we sense have a deeper purpose than just causing anxiety,” Kendrick said.

He said the most recent adaption of Stephen King’s “It” has been so successful because audiences connect with the characters and fear for them, which makes the horror more meaningful.

“It is grounded in real, recognizable human emotions, which makes it as dramatically compelling as it is scary,” Kendrick said. “The film is not so much about a shadowy supernatural figure lurking in the corner as it is about very real parental fears about inadequacy and conflicted love.”

Despite the few successes in recent years, Kendrick said today’s horror films are often dull and one-dimensional, relying on an increasingly tired set of visual and audio clichés. They lack connection to the characters, the circumstances in which those characters find themselves and any sense of social or cultural meaning.

“If you don’t care for or identify with the characters whose mortality is at stake, it is just a hollow exercise in style,” Kendrick said. “We all fear death and are aware of our human mortality, and the best horror films engage that fear in complex and challenging and – yes – artful ways.”

James Kendrick, Ph.D., serves as associate professor of film and digital media in Baylor University’s College of Arts & Sciences. Kendrick’s primary research interests are post-Classical Hollywood film history, violence in the media, cult and horror films, media censorship and regulation and cinema and new technologies. He has authored three books: Darkness in the Bliss-Out: A Reconsideration of the Films of Steven Spielberg; Hollywood Bloodshed: Violence in the 1980s American Cinema and Film Violence: History, Ideology, Genre. In addition to this, he is also the film and video critic for the website Qnetwork.com. Kendrick is a member of the Society for Cinema and Media Studies, the University Film and Video Association and the Online Film Critics Society. 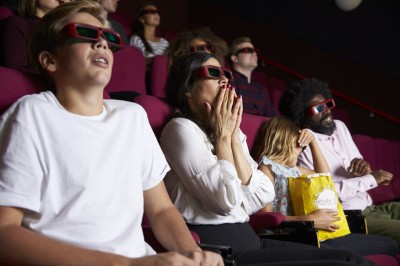 Caption: “We all fear death and are aware of our human mortality, and the best horror films engage that fear in complex and challenging and – yes – artful ways," said Baylor horror movie expert James Kendrick. 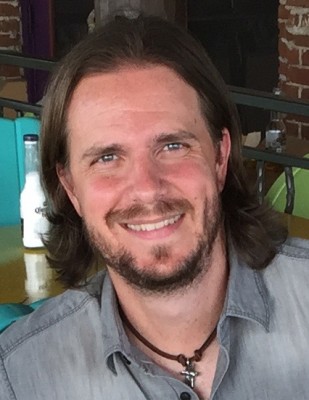