What Role Do Religion and Spirituality Play in Mental Health? 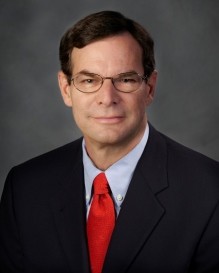 Five Questions for Psychology of Religion and Spirituality Expert Kenneth I. Pargament, PhD

Reporters/editors/producers note: The following feature was produced by the American Psychological Association. You may reprint it in its entirety or in part. We only request that you credit APA as the source.

Introduction: Nearly 80 percent of Americans say they practice some type of religion, while approximately 20 percent, mostly younger people, say they do not, according to a 2012 Pew Research Center study. Whether a person is religious, spiritual or neither, the major influence religion has on American culture will be emphasized over the coming days with religious observances of Passover and Easter.

Kenneth I. Pargament, PhD, is a leading expert in the psychology of religion and spirituality. Known for his scholarly work and his scientific analyses of religion’s role in mental health, he served as editor-in-chief of the APA Handbook of Psychology, Religion and Spirituality published in January 2013. He has written two books: The Psychology of Religion and Coping: Theory, Research, Practice (1997) and Spiritually Integrated Psychotherapy: Understanding and Addressing the Sacred (2007). He is a clinical psychologist and Kea professor of psychology at Bowling Green State University and distinguished scholar at the Institute for Spirituality and Health at the Texas Medical Center.

Dr. Pargament: The old saying that there are no atheists in foxholes is not really true. Before, during and after combat, we can find atheists who consistently hold to their orientation. It is true, though, that people often do turn to their faith as a source of solace and support in their most stressful moments. In fact, some groups such as the elderly and minority groups may be more likely to look to their faith for help than to family, friends and the health care system.

Empirical studies of many groups dealing with major life stressors such as natural disaster, illness, loss of loved ones, divorce and serious mental illness show that religion and spirituality are generally helpful to people in coping, especially people with the fewest resources facing the most uncontrollable of problems. However, there are many forms of religious coping, and some are more helpful than others. People can draw on many religious and spiritual resources that have been tied to better adjustment in times of crisis. These positive religious coping methods include spiritual support from God or a higher power, rituals to facilitate life transitions, spiritual forgiveness, support from a religious institution or clergy and reframing a stressful situation into a larger, more benevolent system of meaning.

On the other hand, some forms of religious and spiritual coping can be more problematic. Life events can shake and shatter people spiritually as well as psychologically, socially and physically. People may struggle spiritually with their understanding of God, with inner conflicts or with other people. A growing body of research has linked these spiritual struggles to higher levels of psychological distress, declines in physical health and even greater risk of mortality. Thus, it is important for psychologists and other health care providers to be aware of the dual nature of religion and spirituality; they can be vital resources for health and well-being, but they can also be sources of distress.

Psychologists are now developing and evaluating a variety of spiritually integrated approaches to treatment, including: forgiveness programs to help divorced people come to terms with bitterness and anger; programs to help survivors of sexual abuse deal with their spiritual struggles; treatments for women with eating disorders that draw on their spiritual resources; and programs that help drug abusers re-connect to their higher selves. These programs are still in their early stages of development, but the preliminary results are promising. For psychologists unfamiliar with work in this area, I encourage them to “put their toes in the water” by simply asking their clients a question or two about their religion and spirituality. Most clients are happy to talk about these issues. By communicating their own interest in religion and spirituality, psychologists open the door to what may become a richer, deeper conversation.

APA: What is the difference between spirituality and mindfulness or meditation? Are gratitude and forgiveness within a religious or spiritual context different from the same virtues within a secular context?

Dr. Pargament: Psychology has begun to encompass and explore a number of exciting new topics – meditation, forgiveness, acceptance, gratitude, hope and love. Each of these phenomena has deep roots in Eastern and Western religious traditions and philosophies. Even so, researchers and practitioners have been careful to treat these processes as secular in nature. “You don’t have to be religious to meditate” has become a mantra in the literature. Research on these aspects of life has begun to yield vitally important psychological and social insights, with powerful implications for human change and growth. And yet something may be lost when these constructs are disconnected from their larger context.

In this vein, some research has shown that mantra-based meditation to a spiritual phrase is more effective in reducing physical pain than meditation to a secular phrase. Similarly, other studies have shown that spiritual forms of support, meaning-making and coping predict health and well-being beyond the effects of secular support, meaning-making and coping. It appears that religion and spirituality cannot be fully reduced to or explained by other psychological and social processes. Belonging to a religious congregation is not equivalent to belonging to the Kiwanis or Rotary Club. What makes religion and spirituality special? Unlike any other dimension of life, religion and spirituality have a unique focus on the domain of the sacred -- transcendence, ultimate truth, finitude and deep connectedness. Any psychology that overlooks these parts of life remains incomplete.

APA: What are some of the ethical issues that might confront psychologists who incorporate religion and spirituality in their patients’ treatments?

Competent care also grows out of self-awareness. Whether or not psychologists are personally religious and spiritual, or they share a religious and spiritual orientation with the client, practitioners have to be aware of how their orientation might knowingly or unknowingly impact the client. They must also take steps to protect the clients’ decision-making freedom and autonomy. Open discussion with clients about the values that underlie treatment may be one of the most important ways to ensure ethical practice. It is also very helpful to consult with experts who represent different religious and spiritual traditions and different professional traditions. This can provide important perspective and wisdom in dealing with the thorny value and ethical issues that can arise when addressing religion and spirituality in practice.

APA: Given the vastness of the topic with so many differing views, how did you go about editing a two- volume handbook on psychology, religion and spirituality?

Dr. Pargament: Times have changed in this field. When I first started out in 1975, I could go to the library once a semester and leisurely review the journals to stay on top of the literature. No more. It is hard to keep up with the explosion of research in the field. Research on religion and spirituality is producing knowledge that is touching every subdiscipline of psychology and other fields as well. Take a sample of the things we are learning: From their earliest years, children demonstrate a strong spiritual capacity; marital partners who pray for each other are less likely to engage in infidelity; people who attend religious services once a week or more live on the average seven years longer (for African-Americans the benefit is 14 years); religiousness has been tied to selective intolerance to those who behave inconsistently with traditional beliefs.