Newswise — The most common thing that couples want from each other during a conflict is not an apology, but a willingness to relinquish power, according to a new Baylor University study.

Giving up power comes in many forms, among them giving a partner more independence, admitting faults, showing respect and being willing to compromise. The study is published in the Journal of Social and Clinical Psychology.

“It’s common for partners to be sensitive to how to share power and control when making decisions in their relationship,” said researcher Keith Sanford, Ph.D., an associate professor of psychology and neuroscience in Baylor's College of Arts & Sciences.Following closely behind the desire for shared control was the wish for the partner to show more of an investment in the relationship through such ways as sharing intimate thoughts or feelings, listening, and sharing chores and activities, he said.

The research results are based on two studies of married or cohabitating people and build upon previous research by Sanford. Earlier studies of more than 3,500 married people found that there are just two basic types of underlying concerns that couples experience during conflicts: “perceived threat,” in which a person thinks that his or her status is threatened by a critical or demanding partner; and “perceived neglect,” in which an individual sees a partner as being disloyal or inattentive and showing a lack of investment in the relationship.

In the first of the new studies, 455 married participants (ages 18 to 77, with marriages ranging from less than one year to 55 years) were asked to independently list desired resolutions to a single current or ongoing conflict — anything from a minor disagreement or misunderstanding to a big argument. From those answers, 28 individual categories were identified, which researchers organized into six all-encompassing types of desired resolution.

After relinquished power, the desired behaviors from one’s partner — from most to least common — were:-- To show investment-- To stop adversarial behavior-- To communicate more-- To give affection-- To make an apology

"We definitely respond to whether we gain or lose status,” Sanford said. “When we feel criticized, we are likely to have underlying concerns about a perceived threat to status, and when that happens, we usually want a partner simply to disengage and back off.”

“The things couples want from each other during conflicts will depend on their underlying concerns, and to resolve conflicts, they may need to use different tactics to address different underlying concerns,” he said. “The husband might buy flowers, and that might be helpful if his partner has a concern involving perceived neglect. But if the partner has a concern involving perceived threat, then the flowers won’t do much to address the issue.” 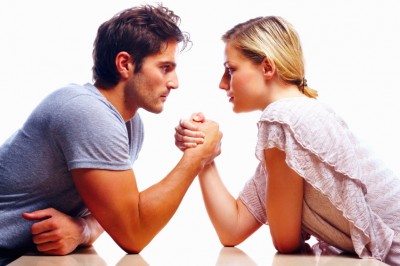 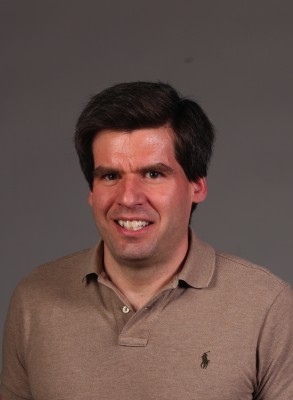 Journal of Social and Clinical Psychology