What You Need to Know about Alzheimer's

What you need to know about Alzheimer's disease: Fred Kobylarz, MD, MPH 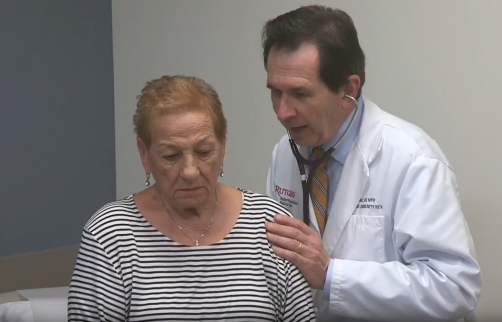 Newswise — Affecting 5.5 million Americans, Alzheimer’s disease is the sixth leading cause of death in the United States, according to the Alzheimer’s Association. The disease can take a devastating toll on those with loved ones suffering from Alzheimer’s and other forms of dementia. Caregivers, two thirds of whom are women, undergo emotional, financial and physical stress, all while knowing that there is no current cure for the disease.

Fred A. Kobylarz, MD, associate professor of family medicine and community health at Rutgers Robert Wood Johnson Medical School, is an expert in dementia and Alzheimer’s disease, and offers caregivers and family members information on diagnoses and symptoms, as well how to best improve the quality of life for their family member.

Dr. Kobylarz is a practicing geriatrician who helps patients and families through difficult medical decisions.  At the national level, while completing a Health and Aging Policy Fellowship at the Centers for Medicare and Medicaid Services, he provided geriatric expertise for The National Alzheimer’s Plan.  At the state level, Dr. Kobylarz served on the New Jersey Alzheimer’s Disease Study Commission and helped create the state plan. “Alzheimer’s has become pervasive in the United State and it affects people in all walks of life. It is a national problem that needs action and attention,” he shares.

Alzheimer’s disease is the most common type of dementia, which is defined as a range of symptoms associated with cognitive impairments that impact daily function. While affecting 32% of people 85 years old or older, dementia is not part of the normal aging process.

“Alzheimer’s first presents itself with memory loss, later followed by neurological changes that can include changes in language, personality, driving issues and decreased executive function,” says Dr. Kobylarz. While age is the greatest known risk factor, family history and genetics also increase the likelihood of developing the disease. It is important to know your family history and communicate it to your physician.

Many people with Alzheimer’s will first show symptoms as memory loss that may or may not affect a person’s ability to function. “It can be tricky because some memory loss can also be a sign of the normal aging process.” Families should look out for memory impairment and trouble managing aspects of their daily lives like paying bills or taking their medication,” explains Dr. Kobylarz.

Symptoms can vary from person to person and often progress slowly. Dr. Kobylarz says the first thing to do when you notice these changes in a loved one is to consult your physician.

While a diagnosis can seem ominous because there is currently no cure, medications and lifestyle choices can slow down disease progression for Alzheimer’s. The physician, patient and family should work together to figure out a plan that works best for them with the goal of improving and maintaining cognitive function.

As caregivers and family members focus on the best way to manage the disease, researchers are working on drug development and improving diagnoses and treatments. Researchers have identified biomarkers, like amyloid and tau proteins that predict disease occurrence or the state of a disease, for dementia which will change how it is diagnosed in the future.