When It Comes to Cardio vs Resistance TrainingNew Research Shows, You Can’t Judge the Calorie Burn by Its Number 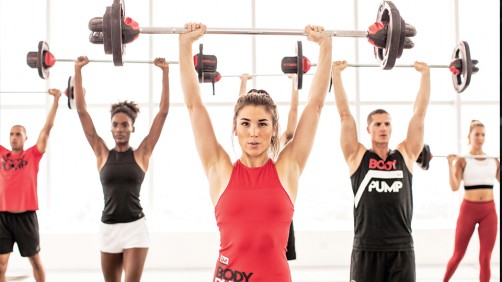 Newswise — A newly published research study conducted by Dr. Nigel Harris, a senior lecturer in Exercise Science at Auckland University of Technology and published this month in the Journal of Science and Medicine in Sport shows that all calorie burns are not created equal.  A link to the paper published in the Journal of Science and Medicine in Sport is available here. The results of this study have implications for the millions of Americans who rely on wearable devices to measure their calorie output during exercise. “Calories matter, but so does how they are burned,” says lead researcher Dr Nigel Harris of the Auckland University of Technology.  “The type of exercise used to burn those calories we now know impacts the long-term positive effects that exercise has on your body.”

Setting out to establish whether burning calories doing cardiovascular exercise was the same as burning calories doing resistance training, the study looked at physiological and hormonal responses to the two different workouts, when the number of calories burned and the duration of the two sessions was exactly the same.  The study showed that resistance training triggers far greater fat-burning responses in the body than simple calorie counting suggests.

A test was set up that compared the physiological and hormonal responses of 12 healthy, recreationally active female participants to the two different types of workouts.  The calories burned during the resistance workout, a Les Mills’ BODYPUMP™ class that uses light to moderate weights with high repetition, were measured and used to set the intensity of the subsequent cycling session to ensure the caloric expenditure was exactly the same between both workouts. Blood was taken from the participants before and after the resistance-training workout, and before and after the cycling session, to measure their hormonal profiles.

“The results clearly demonstrate that calories are not the best indicator of how effective our workouts are,” says Bryce Hastings, Head of Research for global fitness company Les Mills International, which collaborated on the study. “A workout that burns 300 calories through effective resistance training like BODYPUMP™ does far more for our bodies over the long-term than a cardio workout that burns those same 300 calories.”

Both workouts boosted levels of Human Growth Hormone (HGH) which oxidizes fat and builds lean muscle tissue but HGH was 56% greater after the resistance workout compared to steady state cycling.

“That increased boost of Human Growth Hormone (HGH) caused by the resistance workout makes a big difference in ongoing calorie expenditure because HGH oxidises fat and builds lean muscle tissue, which in turn burns more calories,” says Hastings. “The more muscle you can build, the more calories your body will burn long-term. Combine that with increased fat loss and the result leads to rapid changes in body composition.”

Additionally, blood lactate was also measured. The accumulation of lactate from exercise sparks the hormone growth response described above. In fact, it is widely accepted that exercising at an intensity above the lactate threshold, for a minimum of 10 minutes within a workout, is the greatest stimulus there is to the secretion of HGH.  Lactate was a staggering 81% greater after the resistance training workout as compared to the cycling workout.

A workout regime that combines the right balance of resistance and cardio training helps ensure all the positive long-term benefits are maximized, making calorie counting just one consideration when judging your workout.

Significant investment in ongoing research is an important part of Les Mills’ business, and enables its club partners and their members to know that Les Mills group fitness programs are effective and safe.  Les Mills partners with universities around the world to conduct research to investigate areas of exercise science it wants to find out more about and test the effects of its programs on key community health factors such as obesity and heart disease.  Its research is independent, peer-reviewed and industry-recognized.

Journal of Science and Medicine in Sport - JSAMS-1816; No. of Pages5