When Neurons Fire Up: Study Sheds Light on Rhythms of the Brain 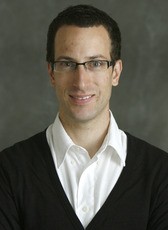 Newswise — In our brains, groups of neurons fire up simultaneously for just milliseconds at a time, in random rhythms, similar to twinkling lightning bugs in our backyards. New research from neuroscientists at Indiana University and the University of Montreal provides a model -- a rhyme and reason -- for this random synchronization.

The findings, both of which appear in the Journal of Neuroscience this week, draw on the variability and creative nature of neurons -- no two are exactly the same, providing for a rich and ever-changing repertoire of brain activity. The findings expand scientists' understanding of brain rhythms, both reoccurring and random, and shed light on the decades-old mystery of how the brain learns temporal patterns.

"Our model is proposing a way that the brain processes temporal information and how this can vary over time" said Jean-Philippe Thivierge, a post-doctorate researcher in IU Bloomington's Department of Psychological and Brain Sciences.

Thivierge and co-author Paul Cisek, an assistant professor at the University of Montreal, created a mathematical model for how hundreds of neurons interact after being stimulated by an electric current. They propose that the random synchronization, which occurs in large populations of neurons, results from "positive excitatory feedback originating from recurrent connections between the cells."

The study also demonstrates how neural activity can spike periodically or rhythmically. When researchers introduced a specific rhythm to the model, they discovered that the model could learn and repeat the rhythm. Scientists have known for 50 years that the brain could do this, but the mechanism was unknown until now. Thivierge said the mechanism is based on how the neurons come together to motivate each other to fire in a specific, periodic way, following the rhythmic stimuli.

The spontaneous neural activity modeled in this study has been detected in several regions of the brain as well as in other species. The authors conjecture that the benefits of such spontaneity come in the brain's ability to be more flexible and responsive to external events, that the random synchronization can prevent the brain from remaining "stuck" in a particular state.

"It seems like when you're in a more flexible brain state, it's easier for you to redirect your attention to new and important things," Thivierge said.

"Nonperiodic Synchronization in Heterogeneous Networks of Spiking Neurons," The Journal of Neuroscience, Aug. 6, 28 (32).