When Should the Police Use Confrontational Tactics? 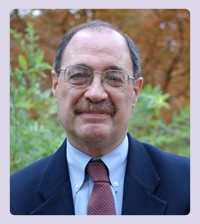 Newswise — EVANSTON - Citizens depend on police to provide public safety while maintaining the trust of the community. How can democratic societies balance these two, often conflicting, aims -- given citizens’ often divergent views over basic tenets of criminal justice policy?

In a newly published article, Northwestern University economist Charles F. Manski and his co-author, Carnegie Mellon University criminologist Daniel S. Nagin, outline a “formal model of optimal policing” that can be used to resolve tensions between public safety and community trust -- and that also can help a public that is prone to privileging one over the other, depending on the circumstances, to keep both in mind.

“In our view, dispassionate evaluation of policing tactics is the best way to both honor and achieve the sometimes conflicting objectives of crime-control policy in a democratic society,” the authors wrote.

Nagin and Manski, the Board of Trustees Professor in Economics and a fellow with Northwestern’s Institute for Policy Research, aimed to create a cost-benefit model that expresses the social benefits and costs of proactive crime-prevention strategies. They built their model with a fundamental tradeoff of policing tactics in mind: How much does a tactic reduce crime and how much does it interfere with innocent people’s lives? And how much does it have a disproportionate impact across racial and ethnic groups?

While police use many tactics to prevent crime, from actively arresting suspects to passively stationing a driverless patrol car in a high-crime area, the authors investigate those that involve direct interaction with the public. Taking the example of the widely used confrontational tactic of “stop, question, and frisk” (SQF), an investigative procedure where an officer stops and questions an individual and then searches him or her, the researchers assume that such confrontational police tactics deter crime but also invade individual privacy the more they are used.

In the case of Chicago, they find that rates of violent crime, which had been steadily decreasing since 2003, began increasing in 2016. Homicide rates increased by 54 percent over 2015, mainly in the city’s poor, mostly African-American neighborhoods. Manski and Nagin’s model suggests that the choice of a police response should be attuned to the reason behind this upsurge in violence.

If it is, as some claim, due to an increase in gang violence, then their model suggests that an increase in the use of SQF might help lower homicide rates. In this case, they conjecture that the benefits of more intense police tactics might outweigh the costs of such enforcement on innocents.

If, however, one attributes the increase in homicides to decreased non-confrontational police presence in these same neighborhoods following protests in the wake of the 2014 Laquan McDonald shooting, then a different solution should apply. In this case, they suggest that the police should return to their previous levels of presence in the community without enhancing their use of confrontational tactics.

Combing through data on the use of SQF in New York City, Manski and Nagin also highlight vast racial disparities. Of the nearly 5 million police stops that took place in the city between 2002 and 2013, 88 percent were “innocent,” where no arrest or summons took place. Within these, one sees wide racial, ethnic and age disparities. In particular, young black men accounted for nearly 25 percent of all innocent stops, yet they represented less than 2 percent of the city’s population.

Manski and Nagin point out in the article that what constitutes an “optimal solution” across all demographic groups might result in groups of winners and losers, as the “net benefits of reduced victimization minus enforcement cost experienced” for a particular group are either positive or negative.

“It seems likely that older people and whites have been net beneficiaries,” Manski said, citing an example. “Young black males who did not commit crimes but were relatively often subjected to confrontational tactics may have been made worse off on net.”

Manski also underscored that to start, he and Nagin deliberately constructed a simple model that isolated a specific crime in a specific neighborhood, but they will seek to generalize their model to contend with the more complex reality of multiple criminal acts, locations and potential interactions.

“An essential task to make the model more useful for analyzing confrontational policing tactics is to better assess how the members of our democratic society weigh the benefits in crime reduction relative to the costs in intrusion on privacy,” Manski said.

“Assessing benefits, costs, and disparate racial impacts of confrontational proactive policing” published July 24 in the Proceedings of the National Academy of Sciences.