When Sizing Up Potential Friends and Mates, the Eyes of Men and Women Move Differently

People Observe the Body Differently When Assessing Friends vs. Mates, According to Study Coauthored by Wellesley College and the University of Kansas 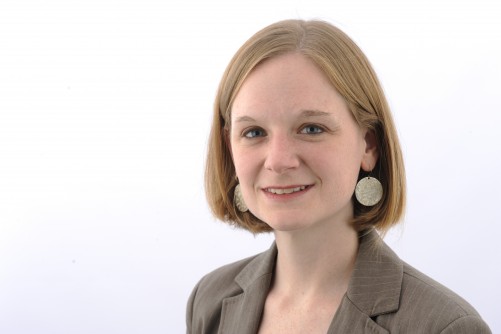 Newswise — WELLESLEY, Mass.—Beauty may not simply be in the eye of the beholder, but in his or her relational goals—according to findings of research just published in Archives of Sexual Behavior.

Where do your eyes linger when judging a person for potential friendship? Do they look someplace else if you are thinking of asking someone on a date? A new study, co-authored by researchers at Wellesley and the University of Kansas, shows that people scan the body differently, depending on whether someone is judged as a potential friend or prospective romantic partner.

The research tracked the eye movements of 105 heterosexual undergraduates as they viewed photos of strangers while answering questions about their interest in either becoming friends with or dating that person.

“Research on attraction tends to assume there is a fixed set of characteristics that makes a person desirable. This new study shows that what people look for in a prospective relationship partner depends on their relational goals. The same person who makes a highly desirable friend may not make a good mate,” said Angela Bahns, the study's coauthor and an assistant professor of psychology at Wellesley.

The study showed that heterosexual men and women looked at the head or chest of an opposite-sex person longer and more often when evaluating dating potential, compared with possible friendship. Conversely, she said, both men and women looked at legs or feet with greater frequency when they made platonic rather than sexual judgments.

Men who looked longer and more often at the head were less interested in a platonic relationship, suggesting that men look at faces with a critical gaze.

The research also found that single women in particular looked more at a potential romantic partner than women already in a relationship looked at their mates. And looking at the center of the body—legs, waist, hips, or chest—indicated greater interest for both romance and friendship. Women who looked at the head longer and more often were especially interested in friendship. Legs and feet were the least observed regions overall.

Bahns pointed out that the findings highlight the role of social context in judging relationship potential, “suggesting that people scan others for cues differently, depending on what they’re seeking regarding the role others may play in their lives.”