When the Going Gets Negative, Recruit Working Memory 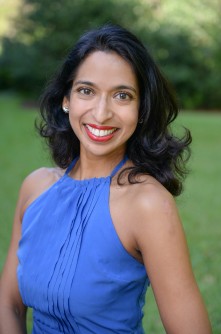 Dr. Tracy Alloway, associate professor of psychology at the University of North Florida

Newswise — Working memory, the ability to process information, may play an important role in coping with negative life events, according to a new study by Dr. Tracy Alloway, associate professor of psychology at the University of North Florida.

The research, published in the Journal of Applied Cognitive Psychology, is one of the first to look at the role of working memory in the context of depression and dispositional optimism.

“There is a growing body of research supporting the role of working memory in emotional regulation. We know that those with clinical depression have difficulties in suppressing irrelevant negative information, while those with high working memory are able to ignore negative emotions. But we wanted to investigate whether you see a similar pattern in healthy adults across the lifespan,” said Alloway, who conducted the study with UNF graduate student John Horton.

The research duo tested over 2,000 nonclinical volunteers, between the ages of 16 and 79 years from a wide demographic range. They were asked questions, like ‘I think about how sad I feel.’ Participants also responded to questions about their dispositional optimism to find out whether they were typically more optimistic, believing in positive future outcomes or typically more pessimistic, holding to a more fatalistic outcome.

There were three main findings. One is age is a major predictor in determining how pessimistic we are. Younger individuals (late teens and 20s) had higher pessimism scores compared to their older peers. Almost 20 percent of individual differences in pessimistic outlooks was explained by age.

Another finding was a pessimistic outlook predicts depression. Almost 85 percent of those who reported feeling depressed had negative views about the future. They believed that “If something can go wrong for me, it will” and “I hardly ever expect things to go my way.”

The results showed that dispositional optimism determines our outlook and whether we succumb to depressive symptoms. Participants who were more pessimistic, believing that “If something can go wrong for me,” reported feeling more depressed.

“Human behavior is goal-directed and when we face an impediment to achieving a goal, we can respond with either a pessimistic outlook or an optimistic one,” noted Alloway.

According to the negativity bias, the default mode is to focus attention on negative stimuli because it’s linked to survival. For example, when there are competing stimuli of a snake and a flower on the ground, one attends to the snake, rather than the flower, in order to avoid a potentially life-threatening situation.

According to Alloway, a strong working memory can refocus attention on a positive outcome—the results showed that working memory predicted the participants’ dispositional optimism.

“A strong working memory can counter a pessimistic outlook,” she said. “This is good news, especially for younger individuals (teens and those in their 20s), who had higher pessimism scores compared to their older peers.”

For more information about this study, visit http://onlinelibrary.wiley.com/doi/10.1002/acp.3272/full.