When to Fish: Timing Matters for Fish That Migrate to Reproduce 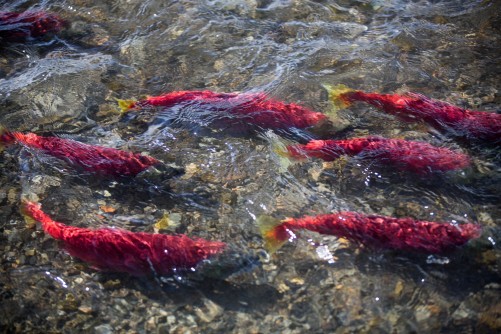 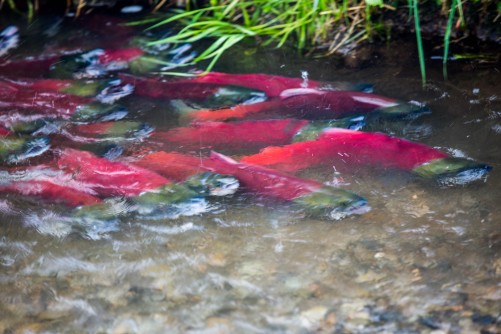 When to fish: Timing matters for fish that migrate to reproduce

Newswise — It's no secret that human activities affect fish, particularly those that must migrate to reproduce. Years of building dams and polluting rivers in some regions have left fish such as salmon struggling to return to their home streams and give birth to the next generation.

A new University of Washington study points to yet another human factor that is hampering the ability of fish to reproduce: the timing of our fishing seasons. The paper, appearing online last month in the journal Fish and Fisheries, is one of only a handful of studies that considers how the timing of fishing efforts might disproportionately target certain fish and change the life history patterns of entire populations.

"The more you think about it, the more pervasive you realize it is," said senior author Tom Quinn, a UW professor of aquatic and fishery sciences. "The real purpose of this essay is to raise the profile of this neglected issue."

The authors build the case for more attention on timing by outlining examples of how fishing seasons have altered a population's makeup — specifically, its diversity and productivity.

Fishing regulations, the patterns and habits of people who fish, and even weather can increase fishing efforts at certain times, putting more pressure on fish during a short period. For salmon in particular, migration and spawning are timed so that both parents and offspring have the highest chance for survival. Fishing that targets only early or late-arriving fish can, over many generations, reduce the numbers moving and spawning at the time that is most favorable for them biologically, the researchers explain.

This may also affect the ability of fish to adapt to climate change. If colder stream water necessary for spawning turns up later each autumn due to climate change, fish must "choose" between being fished or being fried — when they otherwise would adapt to changes and swim upstream whenever water temperatures proved adequate.

Salmon return from the ocean to the streams in which they were born to spawn at predictable times throughout the year. The migration and spawning timing vary over the years for each salmonid species, but factors such as daylight hours and water temperature are natural markers that drive when salmon will start their journey home.

Commercial and tribal fishing seasons are built around salmon's reproductive timing; regulations vary, but in general, fishing can occur in the ocean and rivers starting on a specific day as salmon migrate home to spawn. The season ends on a predetermined date, or when a certain number of fish are caught.

For example, if a fishery opens on Aug. 1, salmon that return to their natal streams before that date are home free. In contrast, fish migrating on the first of the month or after can face an incredible amount of fishing pressure, especially if the weather is favorable and the conditions good for harvesting.

When this pattern repeats year after year, a population can evolve to migrate earlier or later because parents that migrate early tend to have kids that migrate early, too. But those changes also affect their ability to survive; migrating earlier in the summer means spawning in warmer water, which isn't favorable for egg survival. Returning too late also decreases chances for survival.

"By disrupting this long-evolved distribution of timing, you can reduce the reproductive output of adults or the survival of their offspring," Tillotson said. "This paper is serving as a call to attention for researchers."

While salmonid species were the focus of this study, the findings could be applied to other fish that have equally complex migration and breeding behaviors. Fishing seasons often are set around periods when breeding adults congregate in a specific location, which also puts undue pressure on fish during an important period of their lives.

Fishing season dates should reflect the biology of fish, recognize the importance of timing and be responsive to changes, the authors say. The goal of management, in addition to making sure enough fish spawn, should be ensuring those that do reflect the diversity of the total population. This, the researchers said, is key for giving salmon and other fish the best chance to adapt in a changing world.

They hope other scientists and fisheries managers will apply these findings to their own data and respective fish populations, and ultimately devise fishing regulations that will be viable for the future.

"We would like to think creatively about how to integrate climate-driven processes with fishing to be more protective of the populations, and more sustainable in fishing practices in the long run," Quinn said.

The study was funded by a fellowship from the University of Washington's IGERT Program on Ocean Change and the Achievement Rewards for College Scientists Foundation. 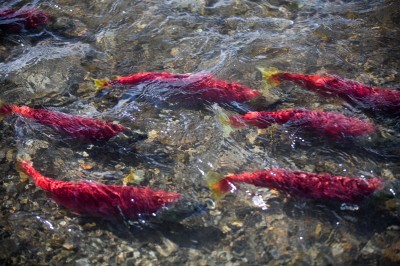 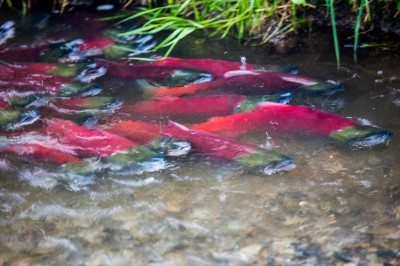