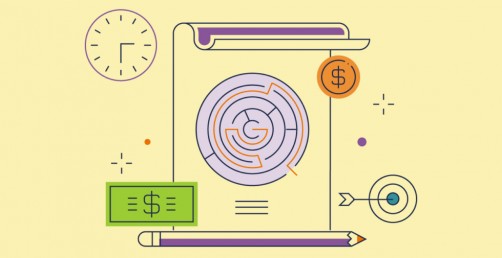 Like wealthy New York “angels” who funded Broadway productions a century ago, today’s angel investors have a healthy appetite for risk, providing personal capital to fledgling companies in exchange for equity. While angels don’t get the same attention as venture capitalists (VCs), who tend to focus on later-stage investment rounds, they do play a key role in the financial ecosystem for innovative, high-growth startups.

Do angels make money? A large study backed by the Kauffman Foundation revealed that angel investors cumulatively experienced an outcome of 2.5 times their investment in a 4.5-year timeframe, i.e., $1 invested resulted in $2.5 returned. Distribution of returns, however, was strongly skewed, with 10 percent of all exits generating 85 percent of all cash.

“Angel investing is a home run game,” said Rob Wiltbank, who conducted the study and is a noted angel investor, Willamette University professor, and Fellow of the Batten Institute for Entrepreneurship and Innovation at the UVA Darden School of Business. “Many investments result in losses, but big wins drive the rate of return.” To boost their chances of hitting a home run, experienced angels spread their money around multiple investments rather than putting larger amounts into fewer startups.

In addition to a potential financial gain, many investors back startups for the thrill of helping build innovative ventures. Whatever their motivation, would-be angels could learn a thing or two from the pros. Drawing from interviews with several seasoned angels, here’s what aspiring early-stage investors need to know before writing that first check.

A good way to start is to invest time in attending pitch events and evaluating deals online. Damon DeVito (MBA ’94), an angel investor, Darden alumnus and adjunct lecturer who teaches a class for student founders at Darden, recommends getting involved as a mentor at an incubator or accelerator. “Investing in only one startup is risky,” DeVito said. “Seeing only one or two is even more risky. Volunteering will give you comparisons. Even if the ventures you help are not looking for investors, you’ll experience different teams, ideas and approaches.”

DeVito has been a volunteer at TechStars, a mentorship-driven seed accelerator with programs around the world. One of TechStars’ mantras is “GiveFirst,” the essence of which is being helpful to others without asking for anything in return.

Join a Group of Angels

A recent study estimated that 89 percent of angel investors in the U.S. identified prospective investments through angel groups.

“Angels are stronger in flocks,” said DeVito. “It helps you make better decisions if you can bounce questions off of other angels who are looking at the same deals. And a network means you can make more of an impact on a funding round.”

Take the Charlottesville Angel Network (CAN) in Charlottesville, Virginia, whose 75 members meet monthly to hear pitches and raise capital on a deal-by-deal basis. “We did about 30 deals since 2015,” said CAN’s founder Craig Redinger, who has more than 20 years of angel investing experience. Most recently, 15 CAN members contributed a total of $600,000 in seed funding to a promising cybersecurity startup.

Bet on the Founder,

Would-be angels should know that they will be investing in people rather than ideas. Even the greatest idea will die on the vine if the founders don’t have what it takes to translate it into a viable business, while dealing with the inevitable challenges. “The route startups take often changes,” said DeVito, “so don’t fall in love with the idea. Back the driver who can handle whatever the road throws at him or her.”

Because angels invest their own money, they pay close attention to the founders’ financial maturity. “Are they careful with money?” said Wiltbank, “Or, do they think, ‘We’re going to go through this round. Then we’re going to raise a series A in about a year-and-a-half, and then we’re probably going to need a series B for about $10 million in three years.’ That’s is not being capital efficient.”

Wiltbank — and his MBA students at Willamette who run an angel fund — look for founders who follow a principle of “affordable loss,” which translates into minimizing downside and getting things done with the fewest necessary resources. Said Wiltbank, “We invest in entrepreneurs who think, ‘I really only need $86,130 to get this thing done so that I can get this customer or this supplier to say yes.’”

Seasoned angels also focus on the founding team, recognizing its critical role in a startup’s success. “The major reason startups fail is the team,” said Redinger. “The team either falls apart because there’s divergence of opinion, or the team is lacking critical components. What kind of skills do they have relative to what a business needs to succeed? Is it an engineering play, and do they have engineering capability? And if it is, do they have business capability?”

In addition to evaluating the founding team’s skills and their grasp of basic business concepts, like the go-to-market strategy and scaling up, Redinger also looks for certain attributes that are harder to quantify. “Do they seem committed? Do they appear to work well together? Do you trust them? Those things are subjective, but they play a great role in angel investment decisions.”

Invest in What You Know

Said DeVito, “If you’re investing in an area where you have knowledge and relationships, your connections or experience can reduce risk and attract resources for a startup.” However, cautioned DeVito, “while you’re helping, be mindful not to get in the way.”

For many angels, extraneous rewards are as important as financial returns. “I love learning,” said DeVito, “and I feel energized by founders solving problems in cool ways. I enjoy helping them grow and de-risk where I can. It feels great to help smart, hardworking entrepreneurs grow their networks and let them benefit from my scar tissue.”

Early-stage investing has a significant spillover effect on the overall economy. In 2017, ventures supported by angels helped create more than 200,000 new jobs in the U.S., or about 3.4 jobs per investment.[vi] Unsurprisingly, angel investing is on the rise across the globe, both in developed economies with a long tradition of angel activities and in many emerging markets, allowing high-net-worth individuals to contribute to economic development.

This article was developed with the support of Darden’s Batten Institute for Entrepreneurship and Innovation, at which Gosia Glinska is associate director of research impact.

[i] Jeffrey Sohl, “The Angel Market in 2017: Angels Remain Bullish for Seed and Startup Investing,” Center for Venture Research at the University of New Hampshire, 17 May 2018, https://paulcollege.unh.edu/sites/default/files/resource/files/2017-analysis-report.pdf.