Which Commonly Prescribed Drug is More Effective for Infants with Epilepsy? 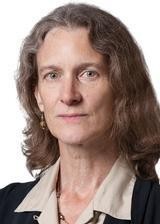 Newswise — Comparison of two of the most commonly prescribed drugs for infants with nonsyndromic epilepsy revealed that levetiracetam was more effective than phenobarbital, according a multicenter, observational study published in JAMA Pediatrics. After six months of single-drug treatment, 40 percent of infants who received levetiracetam met criteria for successful outcome – they did not require a second anti-epileptic drug to control their seizures and they became seizure-free within three months of starting treatment. Only 16 percent of infants treated with phenobarbital achieved the same outcome.

“This is the first study to provide evidence that may help clinicians select an initial treatment for infants whose epilepsy does not conform to a known syndrome, which accounts for more than half of infants with epilepsy,” said senior author Anne T. Berg, PhD, from Stanley Manne Children’s Research Institute at Ann & Robert H. Lurie Children’s Hospital of Chicago. “Our findings suggest that a change in practice could meaningfully improve outcomes for these babies. Since there are no randomized controlled trials to guide treatment for nonsyndromic epilepsy in this age group, we are excited that evidence-based care is now possible for this population.”

The observational study, which used robust comparative effectiveness methods, included 155 infants with nonsyndromic epilepsy treated at one of 17 medical centers in the U.S. participating in the Pediatric Epilepsy Research Consortium. The infants in the study had their first non-fever-related seizure between one month and one year of age, and they started treatment with either phenobarbital or levetiracetam following initial diagnosis. All participants had six-month follow-up.

“We launched the Pediatric Epilepsy Research Consortium in 2012 to emulate the success of a cooperative group like Children’s Oncology Group in studying and standardizing the care for relatively rare children’s cancers. Epilepsy in babies is also rare, which is why we need to work collaboratively with epilepsy centers across the country to conduct research and improve care for these children,” said Berg, who is also a Research Professor of Neurology at Northwestern University Feinberg School of Medicine. “Previously, the Consortium has shown that most infants with epilepsy receive either phenobarbital or levetiracetam despite many other available medications. Given that these two medications are already used as the main choices for this population, we were able to conduct our comparative effectiveness study to determine which one is superior. Results from this Consortium study will have great impact on patient care.”

The study was supported by the Pediatric Epilepsy Research Foundation.