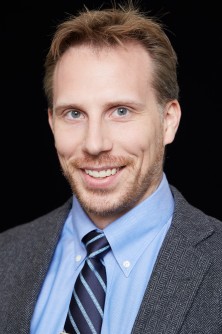 Newswise — BIRMINGHAM, Ala. – Matthew Might, Ph.D., a renowned computer scientist and strategic leader appointed to the White House Precision Medicine Initiative by former President Barack Obama, has been named the inaugural director of the Hugh Kaul Personalized Medicine Institute at the University of Alabama at Birmingham School of Medicine.

Might comes to UAB from the University of Utah, where he is a Presidential Scholar and an associate professor in both computer science and pharmaceutical chemistry, and from Harvard Medical School, where he is a visiting professor of biomedical informatics. Might’s research interests focus on the intersection of computation and medicine to advance precision medicine through personalized therapeutics.

Precision medicine is an emerging practice of conducting medicine that uses a comprehensive set of resources and information — from an individual’s family history and genetic profile to lifestyle and environment — in order to guide decisions for the prevention, diagnosis and treatment of disease. It has attracted significant early attention for its promise in treating rare diseases and cancers at their root cause.

“Dr. Might is a passionate scientist, and I believe that his drive and strategic vision will make UAB a national leader in precision medicine,” said Selwyn M. Vickers, M.D., FACS, senior vice president for Medicine and dean of the UAB School of Medicine. “He is an exceptional team builder, as evidenced by what he has accomplished over the last nine years. He will be a transformative presence for our patients and the academic enterprise as we look to build on what UAB has already done with undiagnosed diseases and expand those advances to deliver effective, individualized care to patients with cancer and common diseases.”

Might’s shift into genetics and drug development was inspired by his son Bertrand, who was diagnosed in 2012 as the first case of NGLY1 deficiency, an ultra-rare genetic disorder. Might then pioneered the use of social media and search engine optimization to find other patients with the rare genetic condition in a successful effort to advance scientific research and drug development for the disease. He has since co-founded a company that conducts personalized drug screens for genetic epilepsy.

“I’m terrifically excited to be joining the UAB School of Medicine,” Might said. “UAB leaders are making substantial commitments to make precision medicine a reality for patients in Alabama much sooner than it will be a reality anywhere else in the country. There’s a unique constellation of resources both within UAB, like the UAB Comprehensive Cancer Center, Center for Genomic Medicine and Informatics Institute, and in partnerships with Southern Research and HudsonAlpha that make precision medicine realistic today.”

Might earned his bachelor’s, master’s and doctoral degrees in computer science from Georgia Tech before joining the University of Utah in 2008.