Who’s Talking to Your Kids? Hispanics and Females Missing from Children’s Television Commercials 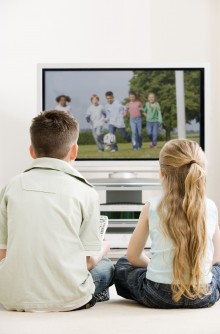 Two Ithaca College professors of communications have found the ethnic diversity of actors in commercials aimed at children has apparently remained the same since the start of the 21st century.

Newswise — ITHACA, NY — A lot of things change in a decade and a half. Fifteen years can bring major political, cultural, economic, and demographic shifts. But two Ithaca College professors of communications have found the ethnic diversity of actors in commercials aimed at children has apparently remained the same since the start of the 21st century.

Adam Peruta and Jack Powers, along with a team of students, analyzed 196 commercial presenters during weekday after-school programming on the cable station Nickelodeon. They assessed commercial presenters based on apparent race and ethnicity, physical appearance and gender. Then, they compared their findings to real-life population numbers using U.S. Census data.

Their findings mirror a separate study published in 2000.

“Television is one of the ways kids are socialized and learn about the world around them,” Peruta, assistant professor of strategic communication, said. “The people speaking to them on a daily basis, like [on] television, could affect their expectations and perceptions of real-life relationships.”

Peruta and Powers compared their results to a study done in 2000 that focused on prime time children’s programming. The results were similar; meaning the lack of diversity in children’s television commercials hasn’t improved in over a decade.

“The pattern of inclusion of African-Americans and the near-exclusion of all other minority groups observed in 2000 has been reconfirmed here,” Peruta said.

Although additional studies would need to be conducted to see how much commercial presenters influence child viewers, Powers, associate professor of media arts, sciences and studies at Ithaca College, argues that commercials could have a significant impact on how children develop self-perceptions.

“Underrepresented groups may be getting the message that they aren’t as important,” Powers said.

Cyndy Scheibe, professor of psychology at Ithaca College and director of the Center for Research on the Effects on Television, confirms the potential for negative effects of non-portrayal.

“You feel like 'Where am I in this?' And that could make you feel like you can't do some of the things being shown,” she said.

“So if it's a commercial that shows people succeeding in some way or being popular in some way –or whatever the product is for—then you may feel like that's not for you. Because they never show people like you doing [or using] this," she added.

Though Scheibe was not part of the study Peruta and Powers conducted, the Center for Research on the Effects of Television has done similar research on teen shows and sitcoms, and the findings about racial representation are very similar, with African-Americans overrepresented compared to real-world demographics, while Latinos and Asians were underrepresented.

Peruta’s and Power’s findings were presented at the Association for Education in Journalism and Mass Communication national conference in August 2013 and are currently being reviewed for academic publication.

Association for Education in Journalism and Mass Communication national conference

Arts and Entertainment Race and Ethnicity