Why Do Journalists Use Anonymous Sources? Former WaPo Executive Editor and VP Explains 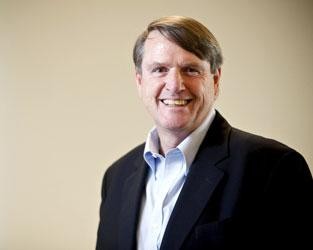 Questions on whether journalists should use anonymous sources and report on leaked information continue to play a growing role in criticism of the press and in federal government responses to scandals.

What ethical decisions are involved in agreeing to keep a source anonymous? How have anonymous sources shaped history?

Downie can be reached at Leonard.Downie@asu.edu.

Downie is the former executive editor and vice president of The Washington Post. During his 44 years in the Post newsroom, Downie also was an investigative reporter, editor on the local and national news staffs, London correspondent, and, from 1984 to 1991, he was managing editor under then-executive editor Ben Bradlee. As deputy metro editor from 1972 to 1974, Downie helped supervise the Post’s Watergate coverage. He also oversaw the newspaper’s coverage of every national election from 1984 through 2008.

During his 17 years as executive editor, The Washington Post won 25 Pulitzer prizes.

Q: Why do journalists agree to keep some of their sources anonymous?

Q: What ethical decisions are involved in granting anonymity?

Q: If a newsroom receives leaked documents or information from an anonymous source, how would you expect that information to be vetted?

A: The most obvious – and yet only one of countless examples – is Watergate. None of the many sources in government to whom Bob Woodward and Carl Bernstein granted confidentiality would have talked to them otherwise. More recently, the existence of the secret CIA prisons outside the United States, in which terrorist suspects underwent “enhanced interrogation,” would likely not have been revealed and closed if Washington Post reporter Dana Priest had not obtained information about them from confidential sources. In both of these cases, the reporters had to piece the stories together from many confidential sources through dogged reporting. Leaks by single sources of unsolicited information, as with Daniel Ellsberg and the Pentagon Papers or Edward Snowden and digital NSA documents, are relatively rare.

Q: Do journalists have legal protection from being required to publicly reveal anonymous sources?

A: Many states have “shield laws” that protect journalists in most instances from legal consequences of protecting the confidentiality of their sources. The protection varies from state to state and is subject to court rulings in exceptional cases. However, there is no federal shield law despite attempts to legislate one in Congress, and reporters have been threatened with jail for refusing to name confidential sources in federal cases. Notably, then-New York Times reporter Judy Miller was jailed for 85 days in 2005 for refusing to name a confidential source in federal grand jury investigation of the leaking of the name of CIA agent Valerie Plame.