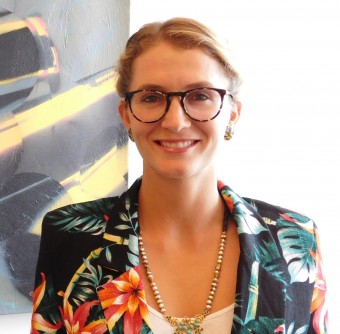 Newswise — Men have unwanted sex with women in order to conform to gender expectations and to avoid uncomfortable interactions finds new research by a New York University sociologist.

“Although women experience a higher burden of sexual assault and harassment, heterosexual men also report unwanted sex,” says the study’s author, Jessie Ford, a doctoral candidate in NYU’s Department of Sociology. “My findings indicate men are motivated to have unwanted sex through a process where they try to avoid embarrassing themselves or their partner and seek to behave in interpretable ways. In particular, men consent to unwanted sex because accepting all opportunities for sexual activity is a widely accepted way to perform masculinity.”

“There is also a tendency—one that likely applies to women as well as to men—that once a sexual interaction starts with a partner who seems to want sex, the desire to keep the exchange on an even keel eventually facilitates unwanted sex,” she adds.

In her study, which appears in the journal Social Forces (Oxford University Press), Ford interviewed 39 racially diverse college men who reported having unwanted sex with a woman. Interview times ranged from 45 minutes to two hours. During interviews, respondents were asked explicitly about how the unwanted sex unfolded and what made this experience unwanted.

“I think it’s an undercurrent to my thought-making…that guys are supposed to enjoy sexual intercourse under any circumstances,” said one student.

“(T)here is this social pressure that men like sex a lot and women can choose yes or no,” explained another. “So, I guess it makes you unmanly if you don’t want to have sex.”

“When a girl comes on to you, you’re just like ‘ok, I’ll accept this’ because that almost never happens, in my experience at least,” described a third. “So, I guess that was a lot of why I went ahead with it.”

“When describing sex, these men did not talk about uncontrollable biological urges or powerful female seductresses so much as they described a normative commitment to keep the interaction going smoothly,” Ford recounts.

When asked why he didn’t stop a sexual encounter, one respondent said, “She might think I was a little strange…Like she got rejected…I think she would feel weird or surprised.”

Notably, only eight out of 39 men reported being intoxicated when they had unwanted sex.

“What allows a man to save face or make sense is substantially informed by gender,” Ford concludes. “Moreover, men conduct their sex lives in the shadow of presumed gendered reputational consequences. They fear ridicule if stories are told portraying them as the kind of man who declines sex with an attractive woman.”

“However, what’s striking is that, although these college men’s experiences involve sex, which we sometimes assume to be a largely biologically driven affair, these men report deploying the same tactics for the same reasons that a person tries to keep the banter going when talking to someone at a dinner party,” she adds. “People try to fulfill interactional expectations, even when the cost is high.”