Why Do Obese Men Get Bariatric Surgery Far Less Than Women? 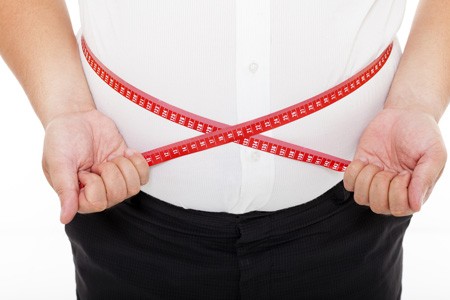 Newswise — A new study by researchers at the University of California, San Diego School of Medicine has identified demographic, socioeconomic and cultural factors that contribute to a major gender disparity among U.S. men and women undergoing weight loss surgeries. Men undergo the surgeries in far lower numbers than women.

The study is published in the March issue of the Journal of Laparoendoscopic & Advanced Surgical Techniques.

Eighty percent of patients who undergo bariatric surgery, which involve procedures that either limit the amount of food that can be consumed or reduce food absorption, are female, despite equal rates of obesity among American men and women.

“The results of this study should raise awareness in men about the complications that obesity brings to their health,” said senior author Santiago Horgan, MD, chief of the Division of Minimally Invasive Surgery at UC San Diego Health System. “Even though we have a 50-50 percent split in obesity rates among U.S. men and women, women get 80 percent of the bariatric surgeries and men only 20 percent. That’s a very uneven distribution.”

Horgan said the study explored non-biological factors that may be causing fewer men to seek weight reduction surgery. Among the factors identified that may influence gender distribution: surgery eligibility, insurance coverage, health awareness and perception of body image. Age was also a factor.

“We think some of it is cultural,” said Horgan. “Women seem to be more aware of the problems obesity brings to health. They are much more willing to look at surgical weight loss earlier in life, whereas men tend to wait until they have more co-morbidities (adverse health conditions).”

“This skewed male body perception hinders the likelihood of seeking healthcare advice,” said Horgan. “This is something we hope to change by educating men about the need to treat obesity earlier, so they don’t develop complications in the future.”

“Bariatric surgery contributes to improving medical conditions associated with obesity, such as diabetes, high blood pressure, high cholesterol, sleep apnea, and arthritis. Men need to wake-up to the need to control their obesity.”

Age also plays a pivotal role in the gender differences, said co-author Cristina Harnsberger, MD, of the UC San Diego Department of Surgery’s Division of Minimally Invasive Surgery, noting more men seek bariatric surgery as they age. “There are still more women than men, but when people get into their 70s, the split narrows to about 70 percent women to 30 percent men,” she said. “Once they get sicker and older, men begin to seek bariatric surgery in greater numbers.”

Another possible explanation for the higher rate of females undergoing bariatric surgery is greater eligibility, said the researchers. A recent analysis of racial trends in U.S. bariatric surgery by Medical University of South Carolina researchers found an overall larger proportion of females were eligible for the surgery from 1999–2010. According to the National Hospital Discharge Survey and National Health and Nutrition Examination Survey databases, the proportion held true across ethnic groups.

The scientists did note that race and income appeared to affect male to female surgery ratios within certain populations. “A significantly higher female percentage was observed in counties with lower median income as well as in some ethnic groups,” said Hans Fuchs, MD, co-first author with Ryan Broderick, MD, both of the UC San Diego Division of Minimally Invasive Surgery. “This suggests that cultural differences and racial differences may accentuate the gender disparity,” added Broderick.