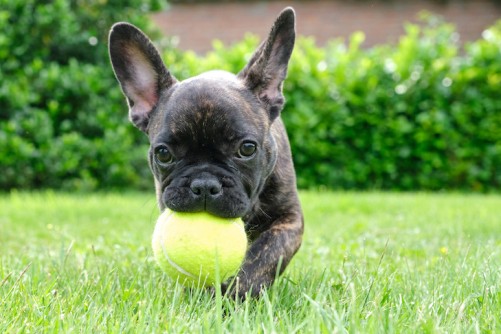 Newswise — Owners of bulldogs, French bulldogs and pugs are highly likely to want to own their breed again in the future, and to recommend their breed to other owners, according to a study published August 26, 2020 in the open-access journal PLOS ONE by Rowena Packer of the Royal Veterinary College, UK, and colleagues. The development of breed loyalty toward these so-called brachycephalic (flat-faced) dogs may lead to their continued proliferation and popularity, despite their substantial health risks.

In the past decade, the popularity of brachycephalic dogs has dramatically increased worldwide. But these breeds are strongly predisposed to a range of severe disorders, including respiratory disease, eye disease, spinal disease, heat stroke and pneumonia, and their lifespan is reduced by on average four years compared to dogs with longer muzzles. Some veterinarians consider bulldogs, French bulldogs and pugs as having health and welfare too compromised to continue breeding, while owners of pets with chronic illnesses report greater psychological distress and a lower quality of life. It is important to understand factors that influence breed choice to avoid the future proliferation of breeds that are prone to substantial health risks. Toward this goal, Packer and colleagues conducted the first large-scale study to explore owners’ desires to reacquire or recommend the most popular brachycephalic breeds in the UK.

Among the 2168 owners surveyed, 93% would choose to own their current breed again in the future, and two-thirds would recommend their current breed to a potential first-time dog owner. The likelihood of reacquisition or recommendation is increased by first-time ownership and increased strength of the dog-owner relationship, and is decreased by an increased number of health problems and dog behavior being worse than expected. Owners recommend their breed because of positive behavioral attributes for a companion dog, breed suitability for a sedentary lifestyle with limited space, and suitability for households with children. Owners recommended against their breed due to the high prevalence of health problems, expense of ownership, ethical and welfare issues associated with breeding brachycephalic dogs, negative effects upon owner lifestyle and negative behavioral attributes. According to the authors, these results can be used to inform interventions that highlight undesirable traits of brachycephalic dogs and desirable traits of other breeds to control the population boom in brachycephalic breeds in the long term.

The authors add: “Although dog breed popularity often follows a boom and bust pattern, our results are of real concern as they indicate that this ‘brachy boom’ is here to stay. Owners are becoming hooked on the loving personalities of these sweet dogs, but also accepting and normalising their shocking health issues.”

Funding: RMAP is funded by the Biotechnology and Biological Sciences Research Council (www.bbsrc.ac.uk) grant number BB/P010881/1. The funders had no role in study design, data collection and analysis, decision to publish, or preparation of the manuscript.

In your coverage please use this URL to provide access to the freely available article in PLOS ONE:  https://journals.plos.org/plosone/article?id=10.1371/journal.pone.0237276