Why Does Hot Weather Cause Power Outages? 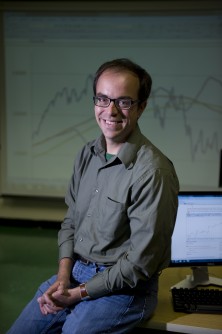 Dr. Ray Klump is Professor and Chair of Computer Science and Mathematics at Lewis University.

Why is the power grid so sensitive to high temperatures? It’s quite simple really. First, we certainly love our air conditioners, and air conditioners demand a lot of power. Second, power is generated at only a few places in the country, and yet our air-conditioned homes and businesses and factories are everywhere. Transmission lines have to carry power from these relatively few power injection points to all these different destinations. Transmission lines, however, are just wires, and they have limited capacity. In fact, their capacity actually goes down when it’s hot. This is worsened by the fact that, when a transmission line is carrying a lot of power, it heats up. The metal conductor in the line expands, causing the line to droop. If the line droops too much, it makes contact with foliage on the ground, resulting in a short circuit and an end to that line’s ability to carry power. With that line now out of service, other lines have to pick up the slack, but they, too, become overloaded and prone to the same problem. Furthermore, as the amount of power these lines carry grows, so does the amount of power lost through them due to heat, as well as the amount of “magnetic loss”, which we call reactive power. As reactive power is expended at a fast clip on these heavily loaded lines, it can no longer do what it is intended to do, which is to keep our voltages at their designed level. As the amount of reactive power falls, so do voltages. When the voltages fall below what they’re supposed to be, the lights in our home dim, our appliances run at speeds that cause wear and tear on their motors, and our air conditioners begin to pose an even greater burden on the system.

In other words, there are some rather nasty feedback mechanisms that take place that cause the grid a lot of stress when we all turn our air conditioners on. Power system operators traditionally have had a very limited number of controls to counteract these bad behaviors.

Fortunately, the Smart Grid is giving operators a lot more opportunities to keep a weakened grid from falling apart. The Smart Grid is a national effort to modernize the electrical grid by adding lots of automatic, computerized controls to it. Some of these controls can actually communicate with each other autonomously, making decisions in real time without operator intervention. Some of the controls can actually be used to throttle individual customers’ energy use (provided they’ve contractually agreed to participate in such an action) to reduce demand in one area so that other areas can remain safe. Other controls help add renewable sources such as wind and solar power to more traditional electrical sources like coal and natural gas and nuclear. Local solar and wind capacity can be used to provide some of the demands of a region, reducing the load on the broader grid. Finally, devices called synchrophasor measurement units give operators who work to ensure that the entire grid remains intact up-to-the-microsecond, GPS-synchronized data about what’s happening on the grid over hundreds of miles. That big-picture perspective gives operators and the automated equipment they depend an unprecedented view of emerging problems before they spread.