Why Is This Year's Flu Season So Bad? 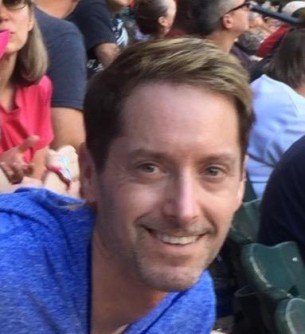 Newswise — This year’s flu season has been nasty and unrelenting, and unfortunately, it's ramping up to be the worst in nearly a decade. Immune systems have been strained, emergency rooms jammed, and cough medicine and Kleenex are flying off the shelves.

The deadly epidemic has claimed the lives of 37 children and thousands of adults this season — the result of several different strains of influenza, according to the Centers for Disease Control and Prevention. And there’s still a few more weeks to endure. Matthew Scotch, an associate professor of biomedical informatics in the College of Health Solutions, explains why this is the worst flu season in years and how people can protect themselves.

Question: Why is this year’s flu season hitting people harder than in past years?

Answer: There are two types of the virus that cause seasonal flu: influenza A and influenza B. Influenza A has two seasonal subtypes: H3N2 and H1N1 (the form of the virus that caused the outbreak in 2009). This year in particular, there has been a dominance of H3N2 influenza A. This virus generally is associated with more severe symptoms. The latest Centers for Disease Control (CDC) data shows that just this past week about 84 percent of the virus tested were influenza A viruses and of the A’s that were subtyped, more than 86 percent were H3N2.

That is just sheer dominance for a very hard-hitting form of the virus. The season also started earlier this year, which doesn’t help. With February starting this week, we are now in the traditional peak time of the season, so the numbers should continue to rise.

Q: What can people do to protect themselves from getting the flu?

A: Getting the vaccine will help, in addition to washing your hands and avoiding people that are already sick. The CDC also recommends that you avoid touching your eyes, nose and mouth. Also try to clean surfaces like work desks and tables.

Q: How effective is the flu shot, and who should get one?

A: The effectiveness varies from year to year mainly because the virus itself rapidly mutates (in particular the H3N2 strain). I haven’t seen any definitive vaccine effectiveness data yet, but a study done during Australia’s flu season indicated that that vaccine was only 10 percent effective against H3N2. Based on historical data, I would be surprised if it was actually that bad. Last year the vaccine was estimated to be 34 percent effective for H3N2 and 42 percent for all A’s and B’s.

Despite these numbers, there are other advantages to getting the flu vaccine. For example, studies have shown that people with the flu shot who still get the flu generally have milder symptoms than those who did not get the vaccine.

The CDC recommends anyone 6 months or older get the vaccine. The vaccine should be received by the end of October. The flu season traditionally ranges from the 40th week (October) to the 20th week (May) of the next calendar year but ramps up after the New Year.

Q: Where can you go to get a flu shot?

A: You can go to your primary-care doctor or even drugstores.