Why, Sometimes, We Don’t See What We Actually Saw 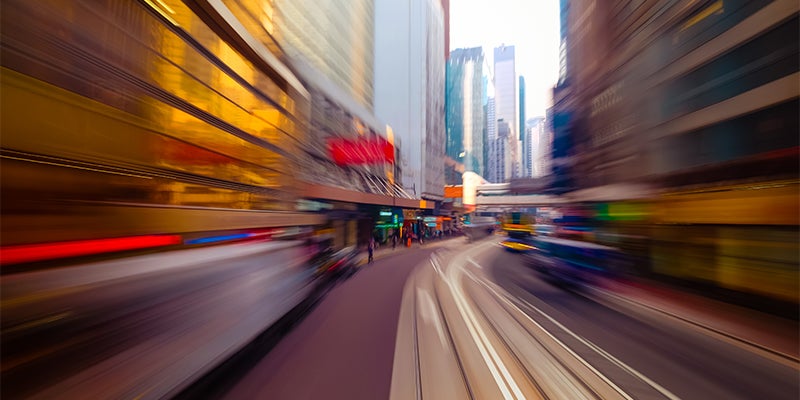 A “crash in visual processing,” happens when the neurons busy processing one image are tasked with processing another too quickly, and then either one or both images do not reach conscious awareness.

Newswise — WASHINGTON — Georgetown neuroscientists say they have identified how people can have a “crash in visual processing” — a bottleneck of feedforward and feedback signals that can cause us not to be consciously aware of stimuli that our brain recognized.

In the Journal of Vision (DOI 10.1167/19.12.20), investigators describe what can occur when the brain is asked to process more information than it can handle. The phenomenon, which they dub a “crash in visual processing,” happens when the neurons busy processing one image are tasked with processing another too quickly, and then either one or both images do not reach conscious awareness.

“Prior studies have shown that people are rather poor at detecting objects of interests that appear close together in time, even though the human brain can process up to 70 images per second,” says the study’s senior investigator, neuroscientist Maximilian Riesenhuber, PhD, a professor of neuroscience at Georgetown. “Our study shows a specific limitation of the visual system and explains why our consciousness cannot keep up. When someone tells you they didn’t see something that occurred in a chaotic situation, maybe they did, but they didn’t know that they did."

The study provides evidence for the theory that a bottleneck can occur in the neuronal pathway that takes in visual stimuli. That pathway starts at the back of the brain and extends forward, rapidly processing the visual signals up to the frontal cortex (“feed forward”), and then sending them back again to the areas the stimuli were first processed in (“feedback”).

“The feedback wave appears to be crucial for participants to actually become conscious of the stimuli their brains had processed in the ‘feedforward’ pass,” Riesenhuber explains.

The study included a series of EEG experiments in which participants viewed images of natural scenes streamed to them in short bursts at a rate of 12 per second, and answered how many images contained animals, and also what the animals were.

The crash in visual processing happens when the back of the brain is stimulated again with a second image before the feed forward and feedback loop needed for the first image is completed, Riesenhuber explains.

The researchers say their conclusions not only are relevant to how, when, and where capacity limits in the brain’s processing abilities can arise, but also have ramifications that span consciousness to learning and attention.

“In addition to introducing a theory that explains the underlying reason for the lack of awareness, our study also shows how to avoid the neuronal signal ‘crash’ and increase awareness,” explains the study’s lead author, Jacob G. Martin, PhD. “When we experimentally reduced the interference between the feedforward and feedback portions of the two stimuli, we observed improved detection and categorization performance.”

“Such findings are exciting because they could lead to novel methods for accelerating cognitive processing and learning in humans,” he adds.

In addition to Riesenhuber and Martin, study investigators include Patrick H. Cox, of George Washington University and Clara A. Scholl of Johns Hopkins University, who contributed to this research while both were training at Georgetown.

This research was supported in part by a National Science Foundation CAREER award (#0449743).

Georgetown University Medical Center (GUMC) is an internationally recognized academic health and science center with a four-part mission of research, teaching, service and patient care (through MedStar Health). GUMC’s mission is carried out with a strong emphasis on public service and a dedication to the Catholic, Jesuit principle of cura personalis -- or “care of the whole person.” The Medical Center includes the School of Medicine and the School of Nursing & Health Studies, both nationally ranked; Georgetown Lombardi Comprehensive Cancer Center, designated as a comprehensive cancer center by the National Cancer Institute; and the Biomedical Graduate Research Organization, which accounts for the majority of externally funded research at GUMC including a Clinical and Translational Science Award from the National Institutes of Health. Connect with GUMC on Facebook (Facebook.com/GUMCUpdate), Twitter (@gumedcenter).