Researchers from the Wildlife Conservation Society’s Bolivia Program have documented for the first time the migration of the chipi chipi, the local name for a species of pencil catfish (Trichomycterus barbouri). 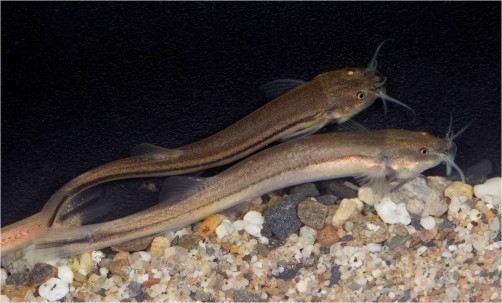 Every year in the months of February and March, the Beni River in northern Bolivia is filled with millions of juvenile chipi chipi fish, on their way into the Andes foothills to mature into adults and spawn.

Newswise — Researchers from the Wildlife Conservation Society’s Bolivia Program have announced the documentation of a natural phenomenon new to science: the mass migration of a small obscure fish known locally as the “chipi chipi.”

The announcement of the newly documented migration coincides with World Fish Migration Day 2014 (May 24th), a one-day global initiative aimed at creating public awareness on the importance of open rivers and migratory fish, with local events held worldwide.

The documentation was made by WCS Conservationist Guido Miranda, who recently captured footage of the tea-colored Beni River virtually boiling over with millions of 1-inch long juvenile fish (see video: http://youtu.be/pNvCOl_zjho).

“It’s amazing that this natural wonder has gone unnoticed by science for all this time,” said Miranda, who is publishing a study on the new finding. “The new footage will help us better understand the migratory movements of these fish and to protect the population, which is utilized by local communities as a food source.”

Miranda and his colleagues in the Greater Madidi-Tambopata Landscape are not yet sure why the fish are migrating, but it appears that the aggregation of subadult chipi chipis migrate upstream to complete their development into adult fish. Once in the foothills—it is thought—the adult fish breed, after which the fertilized eggs end up downstream where the next generation of chipi chipis hatch.

After two weeks of development, the next wave of chipi chipis (which means smallest in the local Takana language) then migrate approximately 350 kilometers (about 217 miles) back into the foothills, one of the longest freshwater migration by relative size.

The chipi chipi—also known by its scientific name Trichomycterus barbouri –is a member of the pencil catfish family, a group containing more than 100 species and ranging in size from 2-6 inches in length. Other members of the pencil catfish genus include a blind species that lives in deep caves, a member living in hot thermal springs, and one that lives up to 4,500 meters (nearly 15,000 feet) above sea level in the Andes (the highest occurring fish species in South America).

“The presence of this migratory event in the Beni River hints at the surprises that still await researchers in these biologically rich waterways,” said Dr. Julie Kunen, Executive Director of WCS’s Latin America & the Caribbean Program. “Conserving Amazonian waters is vital in protecting both the migrations of fish populations on which local peoples rely and the health of the Amazon River basin system at its source.”

Efforts by Miranda and other WCS researchers to study and protect the aquatic wildlife of Bolivia are part of a long-term WCS conservation program called Amazon Waters, an initiative focused on the conservation of aquatic ecosystems and species. WCS works with regional partners to protect the natural resources of the Amazon basin while contributing to the livelihoods of local communities.

WCS research in the region is made possible through the generous support of the Gordon and Betty Moore Foundation. The Tacana People's Indigenous Council and the Institute of Ecology of the San Andres University provided logistical support for WCS research on the chipi chipi.

Caption: Researchers from the Wildlife Conservation Society’s Bolivia Program have documented for the first time the migration of the chipi chipi, the local name for a species of pencil catfish (Trichomycterus barbouri). 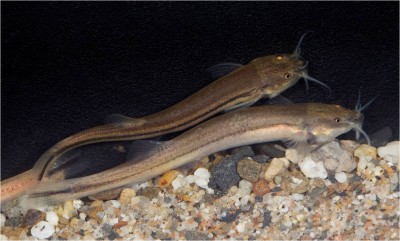 Caption: Every year in the months of February and March, the Beni River in northern Bolivia is filled with millions of juvenile chipi chipi fish, on their way into the Andes foothills to mature into adults and spawn.