Scientist is pioneering research in ecology and public health in Madagascar 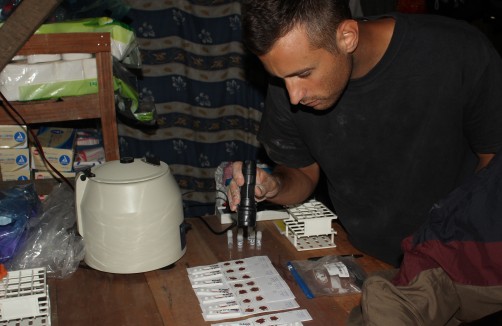 Dr. Chris Golden collecting samples in Madagascar to determine the role of wildlife loss in human nutrition and the role of forest change in the incidence of malaria. 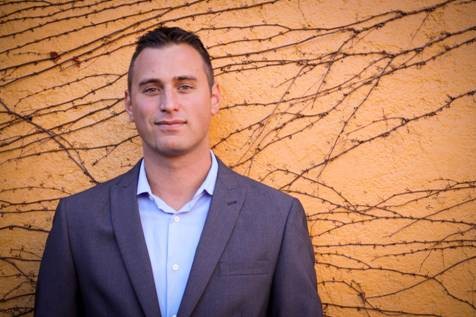 Newswise — The Wildlife Conservation Society (WCS) is proud to announce that Dr. Christopher Golden, who for more than a decade has been conducting groundbreaking research on ecology and public health in Madagascar, has been named a 2014 National Geographic Emerging Explorer.

National Geographic’s Emerging Explorers Program recognizes and supports uniquely gifted and inspiring adventurers, scientists and innovators who are at the forefront of discovery, exploration and global problem-solving while still early in their careers. Each Emerging Explorer receives a $10,000 award to assist with research and to aid further exploration.

"Chris Golden's scholarship has had a focus on issues important for conservation, while at the same time, examining the questions in an innovative and creative way,” said WCS’s Executive Vice President for Conservation and Science Dr. John Robinson.“The result has been novel insights into tough and intractable problems."

Dr. Golden joined WCS in January as the organization’s Health & Ecosystems: Analysis of Linkages (HEAL) Program Director. He also has a research appointment with the Harvard School of Public Health, with which he has been conducting ecological and epidemiological research in Madagascar since 2011, often in partnership with WCS.

WCS’s Executive Director of Wildlife Health & Health Policy, Dr. Steve Osofsky, said, “Having someone like Chris now leading HEAL’s global portfolio ensures that our science will get to the heart of characterizing the public health impacts of anthropogenic alterations in the structure and function of Earth’s natural systems. Chris’s lifelong passion for scientific innovation that can both help people and protect nature, and his embodiment of interdisciplinary thinking, offer real promise in terms of a new era of partnership and synergy between the public health and conservation communities. In Chris, National Geographic has recognized the type of big picture thinker we need now, and for the future.”

Fluent in several local dialects of Malagasy, Chris typically spends many months each year in the forests of Madagascar researching how access to wildlife impacts the nutritional needs of mothers and children. This information can then be used to better inform the valuation as well as local management of natural resources. As HEAL Program Director, Chris hopes to foster a range of interdisciplinary approaches that will allow WCS, Harvard and the rest of the HEAL consortium to improve public health outcomes, equity, and resilience for some of the world's poorest people. At the same time, these approaches can lead to the conservation of some of the most important natural landscapes and seascapes left on earth.

In his most recent published study that appeared in the journal Conservation Biology, Chris and his co-authors looked at the consumption of protected wildlife in northeastern Madagascar and found that diminished access to wildlife, resulting from unsustainable hunting and/or the enforcement of conservation policies, may disproportionately impact the area’s rural poor who depend on this resource. The study demonstrated the importance of developing approaches for offsetting these negative impacts on local communities while simultaneously securing a future for one of the world’s most biodiverse places.

For further information on this story or to speak with Chris Golden, please contact Scott Smith at 718-220-3698 or email [email protected].

WCS acknowledges the gracious support of the HEAL (Health & Ecosystems: Analysis of Linkages) Program by The Rockefeller Foundation and the Gordon and Betty Moore Foundation.

Wildlife Conservation Society (WCS)MISSION: WCS saves wildlife and wild places worldwide through science, conservation action, education, and inspiring people to value nature. VISION: WCS envisions a world where wildlife thrives in healthy lands and seas, valued by societies that embrace and benefit from the diversity and integrity of life on earth. To achieve our mission, WCS, based at the Bronx Zoo, harnesses the power of its Global Conservation Program in more than 60 nations and in all the world’s oceans and its five wildlife parks in New York City, visited by 4 million people annually. WCS combines its expertise in the field, zoos, and aquarium to achieve its conservation mission. Visit: www.wcs.org andwww.wcs-heal.org. Follow: @thewcs. 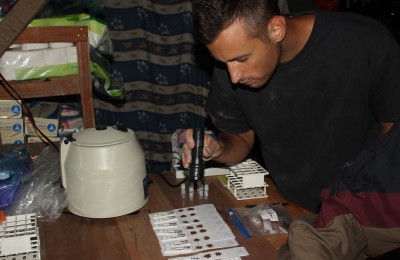 Caption: Dr. Chris Golden collecting samples in Madagascar to determine the role of wildlife loss in human nutrition and the role of forest change in the incidence of malaria. 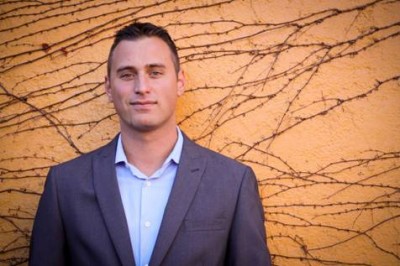