Will Amazon Get Whole Value From Whole Foods? 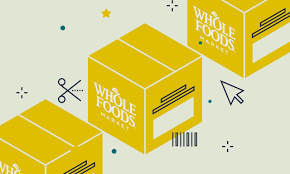 How will Amazon’s acquisition of Whole Foods — a strong brand whose momentum faltered in recent years — play out in stores and on the balance sheet?

In June 2017, Amazon announced it would acquire Whole Foods, 2016’s seventh largest grocery chain in the U.S. and the dominant organic/natural brand, for $42 per share.

Whole Foods was faltering as Amazon closed in on a decade of experimenting with its own food business. The Internet giant was successfully selling a vast array of merchandise online, but its grocery delivery service, AmazonFresh, remained a much smaller business. By buying Whole Foods, Amazon gained 470 stores and a real stake in the $600 billion grocery market.

But Amazon paid a hefty premium for these advantages. From 2012 to 2017, Whole Foods’ annual growth rate had plummeted from 15.7 percent to 1.9 percent, while store sales, profits and stock price also dropped. The $13.2 billion Amazon paid for Whole Foods was significantly higher than the fair market value of its net assets, making nearly 70 percent of the deal goodwill — a big bet that future synergies would generate value from assets not on the Whole Foods balance sheet.

After the acquisition, Whole Foods continued to struggle. In February 2018, plagued by inventory management problems, it lowered its sales forecast and announced it would close stores.

For its part, Amazon has not instituted radical change at Whole Foods. In some Whole Foods stores, Amazon has expanded grocery delivery services and added merchandise pickup centers and kiosks selling Amazon gadgets. In February, in a long-anticipated move, Amazon began offering discounts at Whole Foods to its Amazon Prime Rewards Visa cardholders.

Amazon saw nearly $178 billion in annual revenue in 2017. The company sells nearly everything to maintain a household — apart from food, cars and health care. It’s chosen to go after food and, with $9 billion worth of Whole Foods related goodwill sitting on the Amazon consolidated balance sheet, it’s a bet the company needs to make pay off.

The fundamentals show promise. Only 12 percent of U.S. consumers bought their groceries online in 2016, so the opportunity is vast. Further, millennials, the largest group to use online grocery shopping, are loyal to both Amazon and Whole Foods. Combining a loyal customer base open to online shopping with the technology Amazon.com could offer, and with Whole Foods stores as potential delivery hubs, the opportunity to lead and excel in online grocery shopping is there.

But there are reasons for caution, too. Paying this kind of premium is unusual in the grocery sector, and Whole Foods needs to regain its footing. Other deals that have come bloated with goodwill — Microsoft’s purchase of Nokia, the AOL/Time Warner merger and, most recently, General Electric’s Power segment, for instance — have ended in the acquiring company taking massive write downs in value. Will Amazon be taking that step in future, or is it on its way to becoming one of the world’s largest food sellers?

This was orginially published on Ideas To Action