‘Will You See the Players Well Bestowed?’ 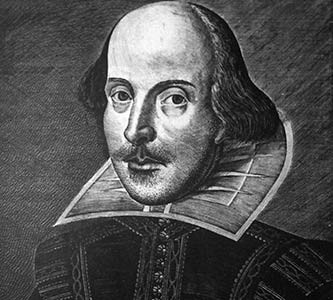 The 400th anniversary of William Shakespeare's death is April 23.

Newswise — In a recent piece appearing in the New York Review of Books, eminent Shakespearean Stephen Greenblatt writes that Shakespeare likely understood his role as a playwright to be of, at best, secondary importance in the theater.

As a curious proof of this, Greenblatt cites a few titles in the folio which seem to be a canny wink at Shakespeare's own take on his function as writer, that of a mere conduit through which the thespians brought the true action to life. “The enduring and global success of Shakespeare’s work is due in part to his willingness to let go of it, a willingness perhaps conveyed by titles like As You Like It, Much Ado About Nothing, What You Will (the subtitle of Twelfth Night), and All’s Well That Ends Well,” he writes. “It is as if he were refusing to insist upon his own identity and proprietary claim.”

In the Elizabethan era, the play was indeed the thing, and even so vaunted a playwright as Shakespeare was far from a widely-known quantity. The playwright’s death on April 23, 1616, was marked by precious few remembrances.

Four centuries later, while the names of Burbage, Alleyn, Jonson and even Marlowe molder, the figure of Shakespeare has taken on titanic proportions in the English-speaking imagination and come to represent the pinnacle of culture in many pockets of the world.

“He would probably find that quite strange,” said Alan Klem, MFA, a Creighton University professor of theater and a co-founder of Nebraska Shakespeare, the organization bringing us Shakespeare on the Green and other statewide festivals, and for which Klem also served as an artistic director and actor. “Shakespeare wrote for actors. I don’t think he has any idea his plays would be read. Stick it up on the stage, that was the main thing.”

Yet Shakespeare’s greatness is such that many people today, rather than taking in a performance, arrive at an introduction to his works by reading the plays. Say the words author, writer or literature, and the picture formed in most British or American minds is likely the bald-pated visage of the Bard of Avon.

“He’d laugh at that, I think,” said Kathy Rettig, Ph.D., a professor of English and a Shakespearean scholar at Creighton. “He saw the plays as live performances and really guarded the book. He came up with the ideas, the themes, the words, but it was the place of the actors to bring all that to life and he understood that.”

It was seven years after Shakespeare’s death before anyone thought to collect all the plays and put them in a bound edition. Through May 1 at Omaha’s Durham Museum, the public can observe through thick glass an original 1623 first folio of those cobbled-together plays, on loan from the Folger Shakespeare Library and one of the most valuable books in the world.

But as this quadricentennial anniversary of Shakespeare’s death continues, Creighton is helping ensure performance remains at the heart of the playwright’s works.

In addition to Shakespeare on the Green this summer, in the fall, Creighton students and faculty will join with their colleagues at the University of Nebraska at Omaha to celebrate the Shakespearean jubilee and also mark the 30th anniversary of the founding of Nebraska Shakespeare. Students and faculty from both institutions will be co-producing the Henry VI plays and running them in repertory in November.

Amy Lane, Ph.D., assistant professor of theater at Creighton, said the selection of Henry VI is especially poignant and an illustration of how Shakespeare’s work still speaks today. The play’s three parts, which Creighton and UNO will conflate into two, follows civil strife during England’s 15th century Wars of the Roses.

“It’s a story of corruption and political intrigue, not unlike what we see in the modern world today, especially in a campaign season,” Lane said. “Our part of the play is about when those political factions turn on each other and begin the destruction of the entire system. It’s still so current. Yes, it’s a history play and it involves people you read about in historical texts, but Shakespeare makes it more connected. He comments on the war in such human terms, looking at the human cost. He’s writing about the human condition and that hasn’t changed for thousands of years.”

Drawing on the complex human experience, Shakespeare could make a hero flawed and a villain sympathetic. He understood that teenagers seek freedom in reckless ways and that love and war ignited sometimes similar, if deadly passions.

“You look at a play like Hamlet, which is based on revenge tragedies, but he’s the first one to take a bad guy, a really bad guy, and give him a conscience. Claudius says, ‘O, my offense is rank’ and he prays humbly to God for forgiveness, explaining that he loved Gertrude so much and he’s sorry for what he did. I don’t think any playwright did that until Shakespeare, to give the villain a heart. He’s the first to delve into realism and naturalism as far as characters go.”

Shakespeare’s contributions to the English language and the wider culture are evident across multiple genres and styles. His range, Rettig said, is what sets him apart from his contemporaries and those who came before and after. And that today’s actors will still audition with Shakespearean soliloquies marks him, again, as an artist focused on the true vehicle for his art: the stage.

“Tragedy, comedy, romance, history,” she said. “And masterpieces in all of them. Ben Jonson doesn’t have that range. Shaw was a master of comedy, but couldn’t sustain it across other genres. Shakespeare is an actor’s playwright. And when actors and directors like a playwright, he’s got staying power. Shakespeare has stuck around for more than 400 years because he knew how to make a part that an actor would love.”