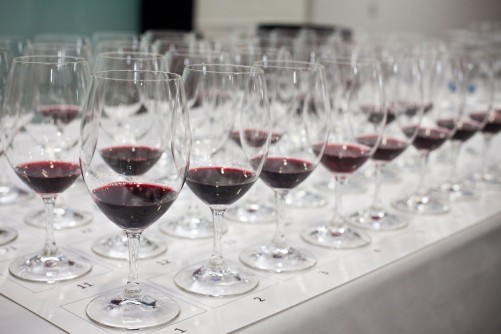 Wine tasting. Yeast contributes to the flavor of wine. 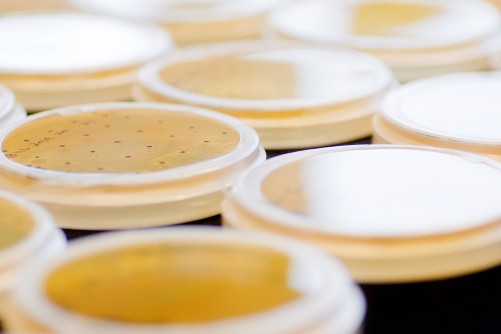 Newswise — Sequencing the genomes of hundreds of strains of the wine yeast S. cerevisiae has revealed little genetic diversity and high levels of inbreeding. In many cases, yeast strains sold by different companies were almost genetically identical. The results, published in the April issue of G3: Genes|Genomes|Genetics, a publication of the Genetics Society of America, suggest that winemakers attempting to develop improved wine yeasts will need to look to creating hybrids with more exotic strains.

"It takes a tough yeast to ferment wine," says lead author Anthony Borneman of the Australian Wine Research Institute. "Wine yeast need to be far more stress tolerant than strains used in brewing or baking, for example, to cope with the very high sugar and acidity levels of grape juice. Our results show that only a limited branch of the yeast evolutionary tree is currently used in winemaking."

Yeast contributes to the flavors of wine, and may even provide a component of a wine's "terroir," the local conditions that give a wine its unique flavor. Traditionally, wine has been fermented by naturally occurring yeast, but this can deliver inconsistent results from vintage to vintage. To yield more predictable results, most winemakers now use pure active dried yeast starter strains that have been produced by commercial suppliers.

Scientists at the Australian Wine Research Institute are developing new strains of yeast that contribute different flavor profiles during wine fermentation, including boosted floral aromas. To better understand the genetic diversity available for breeding new yeast types, the authors of the study sequenced 212 strains of the yeast Saccharomyces cerevisiae. This included commercial wine and brewing starters and strains isolated from natural fermentations of wine and other alcoholic beverages.

The results showed that virtually all the wine yeasts were closely related and carry only a tiny fraction of the overall pool of S. cerevisiae genetic diversity. For example, most of the strains from the Prise de Mousse collection of champagne yeasts carry almost identical gene variants. These yeasts likely arose from a single ancestor, or from an inbred ancestral population. In fact, dozens of strains sold by different companies are, genetically speaking, almost completely indistinguishable.

None-the-less, subtle genetic distinctions were often detected between strains, which may be responsible for their unique fermentation and flavor properties. There were also a few cases of major differences. For example, four strains carry a unique set of genes involved in producing a class of aromatic chemicals. In another example, several commercial strains seem to be derived by hybridization with non-wine yeast strains, and contain a gene cluster typically associated with ale yeast.

However, the overall picture of diversity means there is limited scope for creating new strains solely from wine yeasts. Instead, gene variants will need to be introduced by hybridization with other diverse strains of S. cerevisiae, says Borneman, such as those found in natural fermentations of African palm wine and other environmental isolates. For instance, the yeasts used to brew the Japanese beverage sake carry genes not found in wine and ale yeasts. These genes allow the yeast to synthesize their own supply of the micronutrient biotin, rather than relying on biotin supplied in their food source.

Besides serving as a resource for winemakers choosing yeast varieties for fermentations and strain development, the genome sequences provide a platform for many types of genetic experiments, including genome-wide tests that can link specific gene variants to particular flavor or fermentation characteristics.

"We hope better understanding of yeast will allow us to tailor these organisms for specific uses, much as we have bred better varieties of domesticated plants and animals over millennia," says Borneman.

FUNDINGThis project was supported by Bioplatforms Australia through the National Collaborative Research Infrastructure Strategy Program (NCRIS) and by Australia's grapegrowers and winemakers through their investment body, Wine Australia, with matching funding from the Australian Government. The AWRI is a member of the Wine Innovation Cluster in Adelaide. 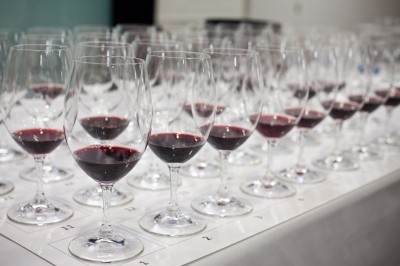 Caption: Wine tasting. Yeast contributes to the flavor of wine. 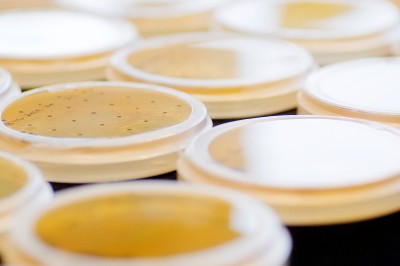