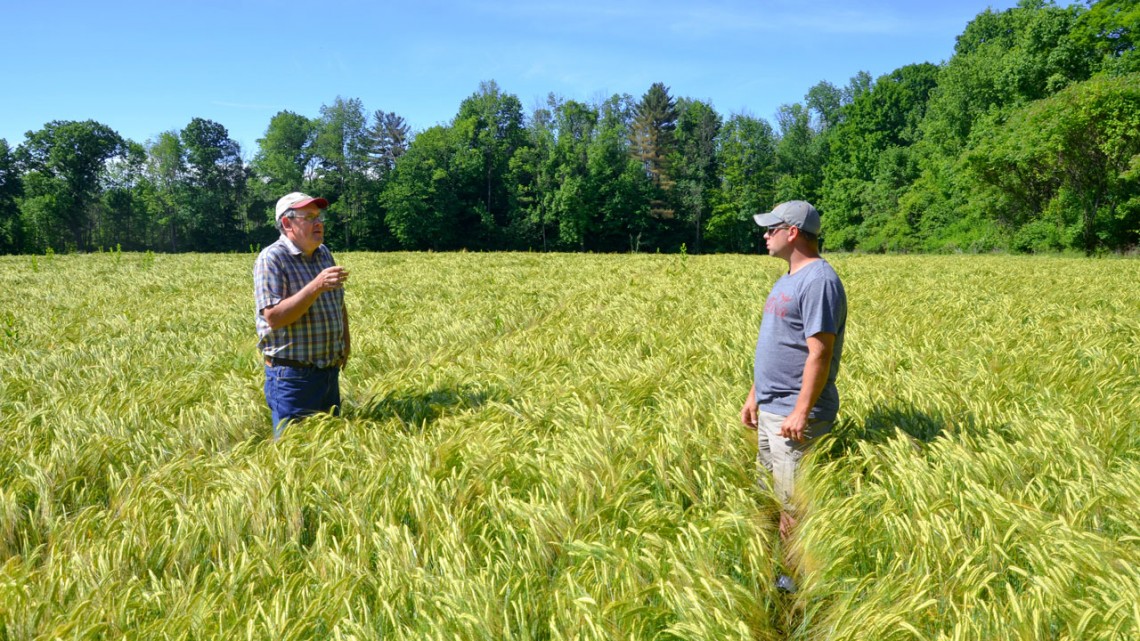 Demand for barley and hops used to make beer is high: The Empire State has the second-highest number of breweries of any state in the U.S., with a total economic impact of $5.4 billion in 2018, according to New York state statistics.

“What the New York State Legislature didn’t realize [when they passed the 2012 law] was that there was no malting barley being grown in New York,” said Mark Sorrells, professor of plant breeding and genetics. While barley for animal feed has been grown in New York state, malting barley had not been since Prohibition, which went into effect 100 years ago.

As a result, farmers scrambled to grow varieties found in western states and plant breeders began working on New York-adapted varieties that are resistant to local fungal pathogens and pre-harvest sprouting in the state’s wet climate. Dormancy while the grain is on the plant is important because Western barley varieties grown in New York often sprout on the plant prior to harvest, making it unacceptable for malting.

“In four years, record time, we went from our first cross to a variety for release,” Sorrells said. “That’s about one-third the normal time it takes to develop a malting barley variety.”

Sorrells and colleagues sped up their breeding program by using advanced molecular marker techniques to identify favorable genes and then raising nurseries of breeding lines in New Zealand, during winters in the U.S. The team also has more varieties in the pipeline, including winter barley.

“We really need both kinds of varieties,” said Gary Bergstrom, professor of plant pathology, and the project’s other co-principal investigator. Winter barley is planted in the fall, harvested in early July and often yields up to 30% more than spring barley, which is planted in April and is harvested in late July.

The New York-adapted spring malting barley has just been released to a handful of pre-selected farmers, who will grow a stockpile of certified seeds. Next year, the new seed will be distributed to up to 30 farmers around the state who have learned to grow barley, with the help of Cornell Cooperative Extension educators. Malt made from the first New York-adapted barley should be available for brewers to purchase by fall 2021.