Newswise — A freak accident left Katherine (Kathy) Wenning unable to move her upper body. She knew she needed medical attention, but she was at her country getaway in Washington, Connecticut — two hours by car from her home in Manhattan and the New York medical system she trusted. Kathy put her faith in a neurosurgeon and care team at Danbury Hospital to treat her severe spinal cord injury.

Kathy, 75, was getting ready for bed when she tripped on her clothes and struck her neck on a shelf inside her closet. She lost consciousness and woke up to pain radiating from her neck down to her arms. Kathy’s husband, Michael, found her lying on the floor of the closet unable to move. She just wanted to go to sleep, hoping she would feel better in the morning.

Kathy was in excruciating pain and she couldn’t move her arms when she woke up the next morning. Michael wanted Kathy to go to an emergency department (ED). They weren’t sure where to go because they’ve never needed urgent medical attention while staying in Washington. Kathy and Michael consulted with friends from New York who also spend time in Connecticut and they recommended Danbury Hospital.

After Michael called 911, Washington volunteer emergency medical services arrived at their home in less than 10 minutes. Kathy recalls that despite being traumatized by the pain, she was alert during the swift ambulance ride to the Danbury Hospital ED, where she was seen immediately upon arrival. Danbury Hospital’s Anna-Maria and Stephen Kellen Emergency Department is an accredited Level II Trauma Center, a Stroke Center, and a Chest Pain Center.

A Danbury Hospital ED physician suspected Kathy had broken her neck because of how she fell and the symptoms she was experiencing. The physician ordered a CT scan — the first test for a serious injury to the neck — and also called neurosurgeon Dr. Scott Sanderson. Based on the physician’s initial assessment, Dr. Sanderson ordered an MRI too — a test required for diagnosing a broken neck — and then he headed to the ED to see Kathy.

“In addition to her level of pain, the most notable thing was how weak Kathy was — she couldn’t lift her left arm and she had numbness in both of her hands,” said Dr. Sanderson, who is also an assistant clinical professor of neurosurgery at New York University Medical Center.

“My pain level was substantially more than 10 out of 10,” said Kathy.

The imaging tests showed a bony injury misalignment and fracture dislocation at C5/C6 vertebrae (middle of the neck), which confirmed that Kathy had broken her neck. This was a severe spinal cord injury that required surgery because the nerves of Kathy’s spinal cord were also damaged, which was evident by the weakness in her arms and numbness in her hands.

Kathy and Michael were understandably hesitant for her to have surgery away from their home in Manhattan and the New York medical system they were familiar with. However, they felt confident in Dr. Sanderson within minutes of meeting him.

“Dr. Sanderson had a wonderful smile and he made me feel safe,” said Kathy. “He clearly explained what had happened and what type of surgery I needed. We trusted him.”

Kathy went to the ED on a Saturday. Her surgery was scheduled for the following day on Sunday. Dr. Sanderson was not scheduled to work on Sunday. He and his entire family had plans to go skiing to celebrate his sister’s 50th birthday.

Dr. Sanderson wanted to be there for his sister, but he also wanted to continue helping Kathy. He asked his colleague Dr. Joshua Marcus for assistance. Drs. Sanderson and Marcus are part of a team of highly skilled neurosurgeons who practice out of Neurosurgical Associates of Southwestern Connecticut and perform surgeries at Nuvance Health’s Danbury Hospital and Norwalk Hospital.

On Sunday, Dr. Marcus prepped Kathy for surgery and then Dr. Sanderson performed the surgery, which gave him time to be with his family earlier in the day.

“I connected with Dr. Sanderson when he examined me in the ED, so it meant a lot that he modified his schedule for me and performed the surgery too,” said Kathy.

During the four-hour surgery, Dr. Sanderson performed an open reduction spinal fusion. This involved realigning the spinal cord to alleviate damage to the nerves, and then fusing the cervical vertebrae together with screws and rods to provide stability.

Kathy spent five days in recovery, where the nurses got her up and moving soon after surgery. Early mobility has proven to speed recovery after surgery.

Kathy spent an additional 20 days at Danbury Hospital in inpatient rehab. She had occupational therapy (OT) and physical therapy (PT) to help her regain strength and mobility in her arms and hands. Right after surgery, she couldn’t hold a pen to write her name because her arms were weak and some of her fingers were numb. The weakness was expected and caused by the injury to the spinal cord nerves.

“The OT and PT I had at Danbury Hospital was superior compared to what I’ve done for therapy at other hospitals in New York,” said Kathy.

Determined to make a full recovery, Kathy continued OT and PT after she left Danbury Hospital. Today, she is fully functional.

“Kathy has come so far over the last several months,” said Michael. “We knew that going from a severe injury to back to normal would take time. So we focused on incremental improvements, and being happy to have conversations about more minor things — like numbness in her fingers — rather than major issues she could of had if her spinal cord wasn’t properly repaired.”

“Michael was with me every day, all day while I was at Danbury Hospital, and he’s been supportive ever since,” said Kathy.

Kathy has been able to maintain her quality of life. She and Michael are very active and social. Kathy, a retired feature film editor, takes several classes and is the trustee for the local library in Washington. Kathy also regularly exercises with a trainer at the gym, as she has done for years.

Kathy and Michael appreciated the attentiveness and expertise of Dr. Sanderson and the care team at Danbury Hospital.

“From the surgeons, nurses, and therapists to food services, everyone at Danbury Hospital was supportive and kind,” said Kathy. “We were thrilled with the care I received.”

“In addition to being an excellent surgeon, Dr. Sanderson is so caring,” said Michael. “Kathy and I have had surgeries in the past at other hospitals, as have many of our friends. We’ve experienced many surgeons who cut and run. We were very pleasantly surprised when Dr. Sanderson spent time with us. He visited Kathy multiple times before we left the hospital, including when he reviewed her before and after images, what had happened, and what we could expect during Kathy’s recovery.”

“At Danbury Hospital, we can provide personalized care because we have teams in place that we know work well together,” said Dr. Sanderson. “This allows us to spend time with our patients.”

Dr. Sanderson continued, “I also have an amazing family that supports my irregular work hours.”

Dr. Sanderson completed his surgical internship and residency in neurological surgery at New York University Medical Center, where he was awarded an internal fellowship in complex spinal surgery and instrumentation. He has extensive training in all aspects of spinal surgery including minimally invasive and reconstructive spinal procedures, spinal cord tumors, and instrumentation. He was chief resident in neurological surgery at both Bellevue Hospital and the Veterans Affairs Hospital in Manhattan where he operated on complex brain tumors, intracerebral vascular malformations, cerebral aneurysms, and extensive brain and spinal cord traumatic injuries. He attended medical school at the State University of New York at Syracuse, and he earned his Bachelor of Science from Cornell University. 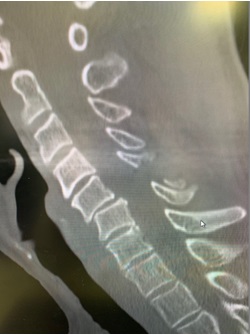 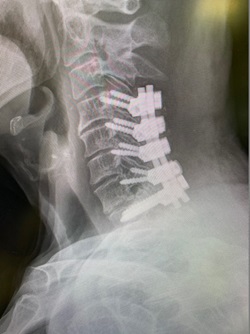 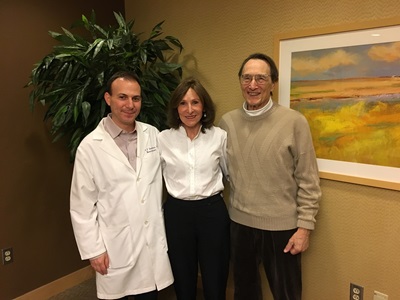 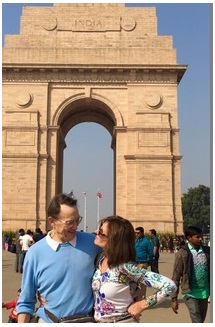 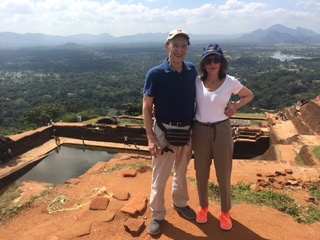 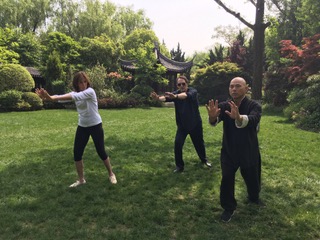 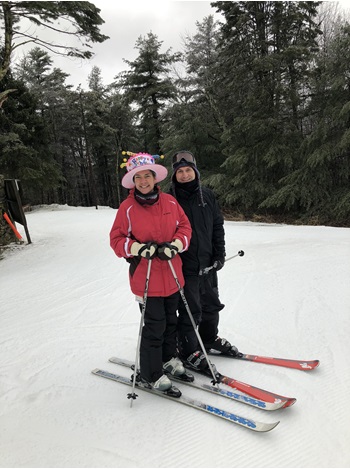