For decades, men received the majority of the primetime clock time, but those results shifted in 2012 and continue in 2016.

In 2012, University of Delaware Professor James Angelini discussed an examination of past Olympic Games television coverage that showed notable differences in the way sports commentators talk about athletes, depending upon the athletes' races, gender and nationalities. 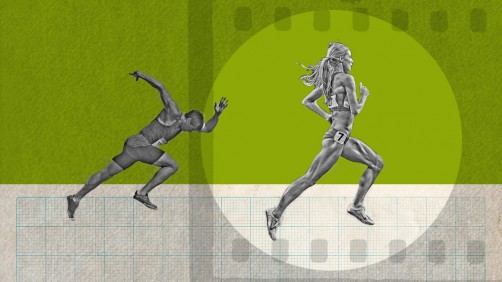 Women have been getting more prime time coverage than men during the 2016 Rio Summer Olympics, according to a new University of Delaware study.

As part of their upcoming book, Olympic Television: Inside the Biggest Show on Earth, Andrew Billings of the University of Alabama, James Angelini of the University of Delaware and Paul MacArthur of Utica College explore potential disparities within the telecast based on gender, race and nationality.

For several decades, men received the majority of the primetime clock time, but those results shifted in 2012, with women athletes receiving 55 percent of the primetime coverage. Results of the first half of the Rio telecast (through Saturday, Aug. 13) suggest similar trends in the increased highlighting of women’s athletics.

In London, American women won slightly more medals than the American men, which again is the case in the first week of Rio competition, but not to the degree of directly accounting for clock-time differences.

Women’s gymnastics and beach volleyball were shown far more than men’s coverage in the same disciplines, while men received nearly one hour more coverage in swimming than did women, most likely attributable to focus on the most-decorated Olympian in history, Michael Phelps.

Final clock-time results will be released on Monday, Aug. 22.

University of Delaware's Angelini has studied Olympics coverage for years with an eye on gender equity. In this 2012 video he discussed how Olympic commentary differs based on athletes' race, sex and nationality.

A table of current clock-time results is available in PDF format.