Women in Nepal still forced to sleep outside in 'menstruation huts' 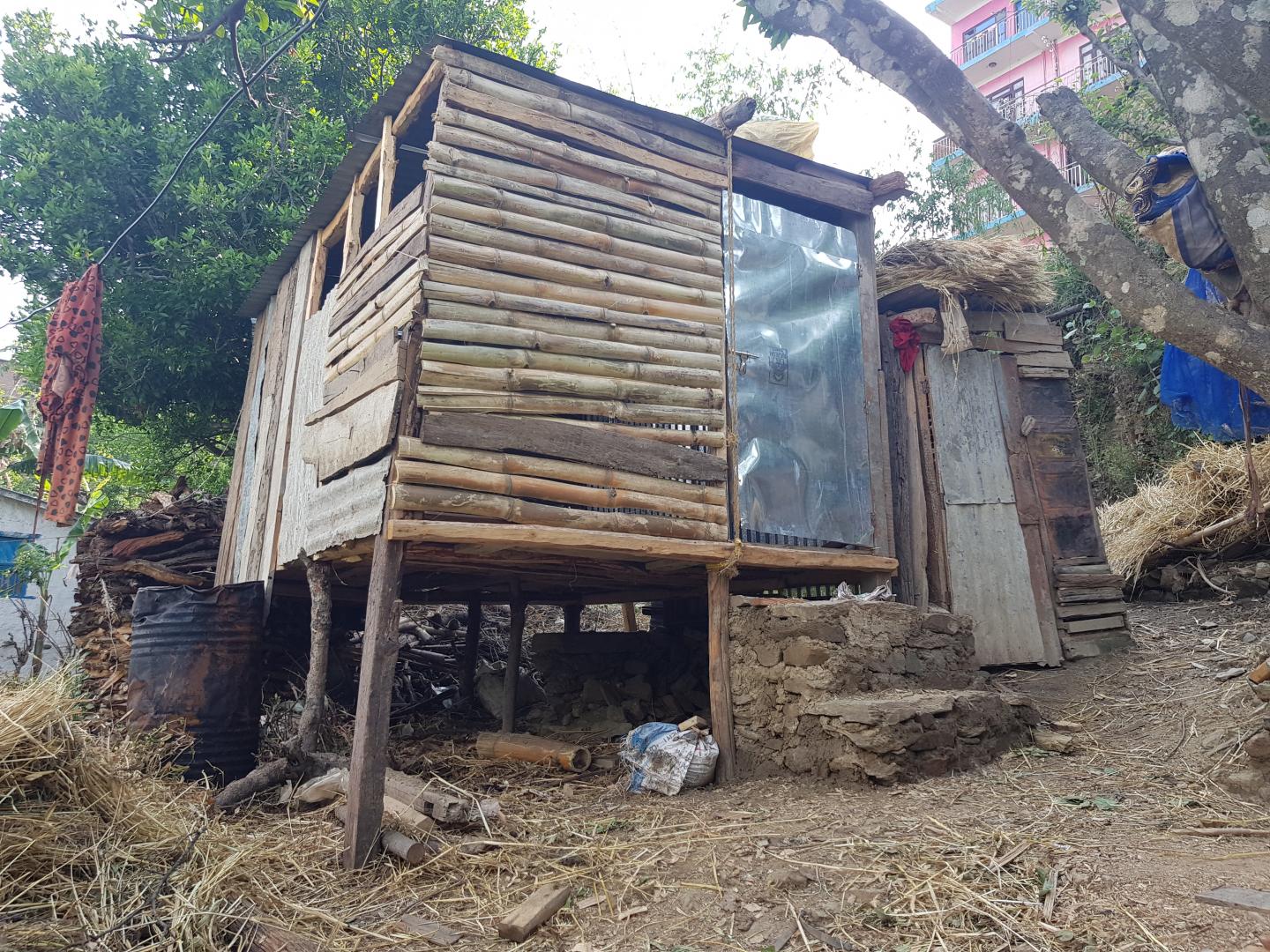 This is a menstruation hut in Nepal, taken by researchers on site.

Newswise — Despite being criminalised in 2018, an estimated 77% of girls in mid-Western Nepal are still being forced to sleep outside in "menstruation huts" during their period, according to a new study published today in Sexual and Reproductive Health Matters.

All around the world, girls and women suffer from the stigma of menstruation. Nowhere is this more prevalent than in Nepal, where the ancient Hindu tradition of Chhaupadi is routine. The practice involves women sleeping in specially built chhau huts during their menstrual cycle, in order to keep "impurity" out of the home. Every year, women die in these huts from exposure, animal bites or smoke inhalation after building a fire to stay warm. The tradition was criminalised in 2018, however a new study, published in the journal suggests the practice is still widespread.

In April 2019, researchers led by Dr Melanie Channon at the University of Bath travelled to Karnali Province in mid-Western Nepal. With the help of local NGO, CREHPA, they administered a survey to 400 adolescent girls aged 14-19 from both rural and urban areas. They then conducted further focus groups with both adolescents and women aged 25-45 years, in order to gain a more nuanced understanding of the issues.

The results showed that, despite being criminalised by the Nepali government in late 2018, 77% of girls surveyed still practiced chhaupadi.

Although 60% of the girls surveyed knew it was illegal, the teenagers were just as likely to practice chhaupadi as those who didn't. While girls from urban, wealthier households were less likely to practice the tradition, prevalence was still 66% amongst the wealthiest fifth of the population.

The findings show that in Nepal, societal hang-ups about menstruation are literally endangering women's lives.

"The women and girls we spoke to were terrified of snakes and animals coming in at night, or of being attacked by strangers," says Dr Jennifer Thomson, a researcher involved in the study. "Even if they hadn't experienced that directly, the psychological stress of that was quite real.

"In addition, if they did not have access to a chhau hut, or if it had been damaged or destroyed, we heard anecdotal evidence that women were often forced to sleep outside, open to the elements, or with animals."

The study also highlighted the everyday discrimination faced by women and girls on their period. For example, women were often not permitted to touch male family members, attend temple, join in with celebrations, cook, or enter their kitchens when menstruating. These practices were usually enforced by elders within their family and community, including mothers, grandmothers and other senior women.

Ultimately, the study demonstrates that further action is needed to protect women and girls from the stigma and taboos surrounding menstruation.

"This is about changing deeply ingrained cultural practices and behaviours, and while changing the law is important, this study shows it's going to take much more than that. These are practices that have gone on for generations and generations," says Thomson.

One recommendation that the authors make, is to change the way charities and NGOs talk and think about the issue of menstrual hygiene management (MHM). Until recently, efforts have focused purely on providing girls with clean toilet facilities, soap, water and menstrual products. Whilst important, this narrow focus excludes wider societal issues, such as the taboos and stigmas surrounding menstruation.

"The definition of MHM that these organisations work with focuses on the technical problems that girls face in terms of accessing water and clean toilets, it does not consider stigma and taboo, and the mental and physical implications of girls and women being ostracised from their families and communities," says Thomson.

For example, in this study, most girls had access (albeit restricted and normally at some distance) to water and soap during menstruation, meaning that good menstrual hygiene could still feasibly be practiced.

Instead, the authors recommend reframing the issue in terms of rights, for example by working to ensure that all women enjoy the right to safe, healthy and dignified menstruation.