Women Still Dealing with the ‘Celluloid Ceiling’ on Indie Films Too 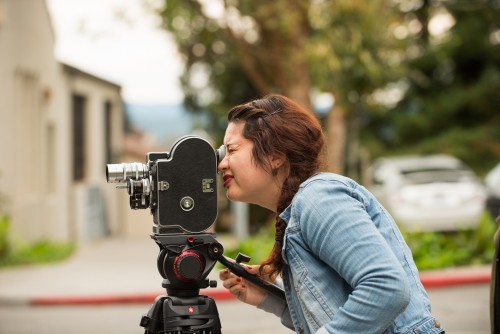 When a woman directs an independent film there are more likely to be other women hired as writers, editors and cinematographers, according to recent research out of San Diego State University.

Newswise — The lack of women in film isn't just a phenomenon of the big-budget movies coming from major studios. A new study out of San Diego State University makes clear that women are also significantly underrepresented in independent films.

The research, led by Martha M. Lauzen, Ph.D., of the Center for the Study of Women in Television & Film at San Diego State, looked at feature-length narrative films and documentaries at 23 festivals held between June 2016 and May 2017.

The study examined a variety of roles in the making of movies, including writers, directors, producers, executive producers, editors, and cinematographers, for a total of nearly 11,000 credits on 1,472 films shown in the 23 festivals.

Among the key findings of Dr. Lauzen's research:

The Center has tracked these statistics on independent films since 2008-9, though the numbers of women working on indie films hasn't budged much. In 2008-9, the percentage of women employed behind the scenes on these movies was 24%; today the number stands at just 28%.

In looking at specific roles, women have seen the most gains as directors, writers and executive producers (each up 7% since 2008-9) and as cinematographers (up 4% since 2008-9), while growth for producers and editors has been mostly stagnant. There are more female producers – 32% -- than in any other role.

Learn more about the Center for the Study of Women in Television & Film at San Diego State.