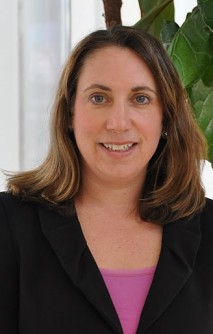 Dr. Samantha Meltzer-Brody, director of the Perinatal Psychiatry Program in the University of North Carolina School of Medicine, is corresponding author of the study.

Newswise — When it comes to postpartum depression, one size does not fit all, according to a new study led by University of North Carolina School of Medicine researchers.

Instead, women with postpartum depression may experience any of three distinct subtypes of clinical presentation, and each of these has important implications for their prognosis and the tailoring of treatments, the researchers found.

“Clinicians should be aware of the diverse presentation of women with postpartum depression,” said Samantha Meltzer-Brody, MD, MPH, director of the Perinatal Psychiatry Program at the UNC Center for Women’s Mood Disorders and corresponding collaborator of the study, which was published in the January 2015 issue of The Lancet Psychiatry.

“A thorough assessment of a women’s history is necessary to guide appropriate clinical and treatment decisions,” Meltzer-Brody said. “We now understand that postpartum depression can have onset of symptoms that may begin in pregnancy. Improved understanding of the differences in clinical presentation of postpartum depression impacts the implementation and interpretation of screening, diagnosis, treatment, and research of perinatal mood disorders. We are now working to apply our findings from this work to future biological and genetic studies of depression in women across the perinatal period.”

The data are from a new international research consortium called PACT (Postpartum Depression: Action Towards Causes and Treatment), which includes more than 25 investigators in seven countries. PACT was founded and is co-led by UNC researchers in the departments of psychiatry and genetics. PACT members include investigators interested in mood disorders and/or perinatal mood disorders, with a focus on both the clinical symptoms and the underlying biological and genetic contributions of these disorders.

In the study, data from more than 10,000 women collected in previous studies were analyzed using a statistical technique called latent class analysis. This technique has been widely used in psychiatry and other medical disciplines and is considered appropriate for data that examines the presence or absence of symptoms.

The clinical characteristics found to be most relevant in defining the three subtypes were the timing of symptom onset (beginning during pregnancy or after birth), the severity of symptoms (including thoughts of suicide), a history of a previous mood disorder and whether or not a woman had medical complications during pregnancy or childbirth. In particular, women who experienced symptoms during pregnancy may be at risk for more severe postpartum depression than those whose symptoms begin after birth, the researchers found.

In addition to Meltzer-Brody, authors of the study from UNC were Karen Putnam, PhD; David Rubinow, MD, chair of the Department of Psychiatry; and Patrick Sullivan, MD, FRANZCP, distinguished professor of genetics and psychiatry at UNC and director of the Center for Psychiatric Genomics.