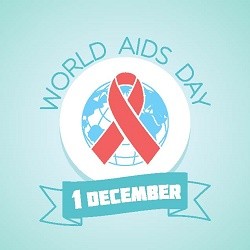 AN INSIDE LOOK AT POLICY, POLITICS AND BUILDING AN HIV CENTER

Charles Holmes, M.D., M.P.H., has dedicated his career to leading governments and private-sector organizations toward realizing their goals of improving health care around the world. He was previously chief medical officer and deputy U.S. global AIDS coordinator in the State Department’s Office of the U.S. Global AIDS Coordinator and Health Diplomacy for the $6.5 billion President’s Emergency Plan for AIDS Relief (PEPFAR), and served during the George W. Bush and Obama administrations.

In 2012, with a desire to get “boots on the ground” experience in the parts of the world his policies on Capitol Hill affected, Holmes moved his family to Zambia to lead the Centre for Infectious Disease Research in Zambia (CIDRZ), a system of about 300 research-centered clinics.

Soon after taking the position as director of CIDRZ, Holmes realized that the organization he stepped in to lead was in operational turmoil. The finances were not in order, funders were not pleased with performance and leadership was lacking. He knew he had to turn the organization around.

He and his colleagues developed a strategic business plan, including the creation of a more thoughtful and active board. The new board consists of three international members and seven local members. With the help of the new board, Holmes helped the organization establish core priorities and set goals for five and ten years down the road, instead of shifting goals toward funding.

Holmes has since handed over leadership to Izukanji Sikazwe and today the center primarily focuses on research and care for people with HIV, tuberculosis, hepatitis B and cervical cancer.

Holmes has written an op-ed, published March 2017, on why the U.S. should continue to prioritize HIV prevention and treatment efforts in Africa.

Holmes and his colleagues have also written a chapter on the “Effectiveness and Cost-Effectiveness of Treatment as Prevention for HIV,” published Nov. 9 in Disease Control Priorities (DCP3).

THE POTENTIAL FOR A UNIVERSAL HIV TREATMENT

Flexner’s research focuses on drug development and patient adherence, and it contributed to an editorial piece published in the July edition of Current Opinion in HIV and AIDS, which addressed the global need for a simple, easy-to-use antiretroviral regimen. Currently, 15 million to 17 million people globally are eligible for HIV treatment but are unable to access this treatment under the current “treat all” guidelines established by the World Health Organization. Flexner proposes that an effective therapy does not need not be perfect, but does need to be accessible even to low-resource health practices. He reasons that the possibility of rare isolated adverse effects are far superior to withholding a global treatment until it is perfected, which is improbable, at best. A single universally acceptable antiretroviral treatment regimen can remarkably lower the rate of HIV-infected individuals and, possibly, permanently contain the disease on a global scale.

Flexner is co-chairing the 3rd International Conference on Antiretroviral Drug Optimization (CADO3) in Johannesburg, South Africa, on December 1st. The conference will focus on ways to improve treatment options for people infected with HIV in low and middle income countries. Flexner will be available to answer questions by email.

Johns Hopkins researchers and colleagues report that HIV prevention techniques, such as antiretroviral therapy, medical male circumcision, HIV testing and sex education, can effectively reduce the number of new HIV infections in communities in Uganda. These results provide evidence that widespread implementation of these prevention methods could significantly reduce HIV transmission worldwide, report the researchers in the Dec. 1 issue of the New England Journal of Medicine.

The new study included 34,000 people aged 15 to 49 years old from 30 communities participating in the Rakai Community Cohort Study (RCCS). After implementing a combined HIV prevention program, researchers found that new HIV infections in the 30 communities dropped from 11.7 to 6.6 new cases per 1,000 persons annually—a decline of 42 percent.

The new research is part of RCCS, which was established in 1994 in Rakai District in response to the first cases of AIDS identified in East Africa. RCCS has led to findings such as a 60 percent decrease in HIV infection rates in circumcised men and the association between HIV viral load and transmission, which serves as the basis of HIV treatment as prevention provided by the President’s Emergency Plan for AIDS Relief (PREPFAR) today.

Grabowski and Chang are available for interviews regarding the NEJM study and other topics related to HIV prevention.

Johns Hopkins Medicine will host the World AIDS Symposium on World AIDS Day, Dec. 1. This event is free and open to the public and media are welcome. More information to come.