Worth 1000 words: How the world saw Australia's black summer

The world media reported on Australia's bushfire crisis very differently to the local media, with a greater focus on the impact of climate change.

6-May-2021 1:30 PM EDT, by Queensland University of Technology
favorite_border 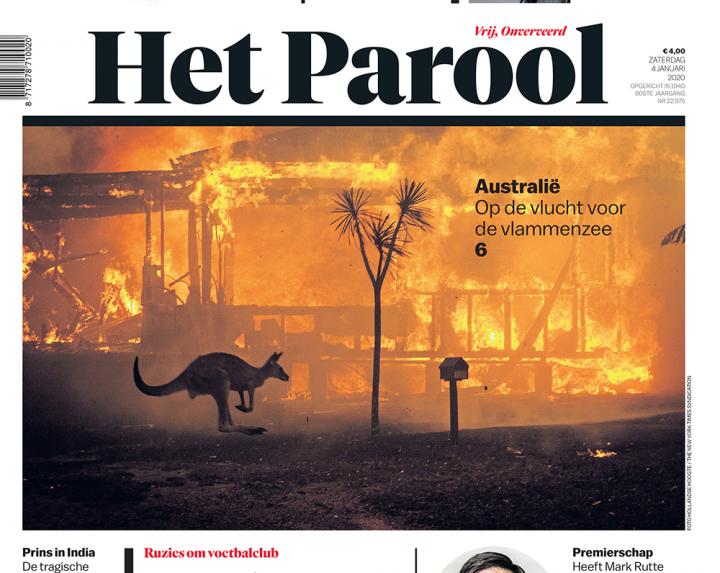 Newswise — Australia's 'black summer' of bushfires was depicted on the front pages of the world's media with images of wildlife and habitat destruction, caused by climate change, while in Australia the toll on ordinary people remained the visual front-page focus.

QUT visual communication researcher Dr TJ Thomson compared the front-page bushfire imagery of the Sydney Morning Herald over three months from November 10, 2019 to January 31 2020 with 119 front pages from international media from the start of January, when the world sat up and took notice, to January 31.

"Over the 83 days of the sample, 33 of the Sydney Morning Herald's front pages displayed 58 photos that were bushfire-related," Dr Thomson said.

"The domestic media's imagery portrayed the bushfires as a humanitarian crisis while overseas it was seen as an environmental crisis.

"More than 80 per cent of the Herald's coverage depicted people which relied on the personalisation news value.

"The Herald focussed most heavily on firefighters in nature (36.2 per cent of all front-page images and followed this closely with images of ordinary citizens and the effect of the fires on them (32.7 per cent, in all).

"Noticeably absent were images of the affected animals and the environment which were rather sparsely represented."

Dr Thomson said that while media could not control how people interpreted situations, the media could limit the range of interpretation by controlling the information it presented and the way in which it was represented.

"By focussing on people, particularly firefighters, the Herald depicted the disaster not as a faceless calamity but as a crisis whose solution was in human hands," he said.

"The low prevalence of politicians, officials and celebrities (13.7 per cent) in the domestic sample reflects the Australian news media's power to shape the discourse and portray the issue as one that affected ordinary Australians the most.

"It was less of a political issue, despite Prime Minister Scott Morrison being criticised for going on holiday in the midst of the crisis, the government's pro-coal policies, or the ignored warnings of a lack of preparedness for a major bushfire season as far back as April 2019.

Dr Thomson said the environment alone was featured in only nine images on the Herald's front pages and animals ("a solitary koala") made a single image appearance.

In contrast, Australia's bushfires hit the international media in earnest after the evacuation by the Navy of 1000 fire-stranded people from the beach in Victoria in early January and continued to January 31 with 110 front pages containing 142 bushfire-related images.

"An Australian photographer interviewed for the study said the international media hadn't taken any interest in the bushfires until people were having to be rescued from the beach - 'that was the day it went from a big national story to a massive, international story'".

"Our near neighbours, New Zealand, featured pics of their orange and smoky skies."

Dr Thomson found the most resonant photo internationally was the aerial image of this massive smoke tower rising from East Gippsland, which featured on 17 front pages.

"International media's images focused on the fires' impacts on the country's iconic flora and fauna, as 52.1 per cent of all coverage was devoid of humans and depicted only bushfire-affected landscapes or animals.

"They used high-intensity, large-in-scope images of Australia's woes as a warning to their populations to slow or halt climate change's deadly effects.

"By not focussing on the attributes that divide us (skin colour, ability, class, gender) images of the destruction of the natural environment and Australian animal icons were prime targets for symbolic appropriation to a diverse and heterogenous audience because of their universality.

"From kangaroos and koalas to cattle and alpacas, international outlets featured animals more than 10 times as much as the Australian front pages.

"While kangaroos and koalas are iconic animals and symbols of Australia, they were over-represented in coverage despite not being the most affected animals, as mammals accounted only for an estimated 143 million (4.7 percent) out of the three billion animals lost in the fires.

"This image won a World Press Photo Award and represents Australia's black summer if not climate change itself.

"It also lacks people but the letterbox and burning home make the human presence unmistakable. It was republished across media over time and used extensively in social media, including being posted by teenage climate activist Greta Thunberg to her millions of followers."

Dr Thomson said about 10 per cent of international coverage was critical of Australia's government for its role in the factors that contributed to the mega fires or in its handling of them.

"About 6.7 per cent of those criticised the Prime Minister by name or by title. The remaining 3.3 per cent criticised the country's government or its political leaders for their role in the disaster and its management," he said.

"For example, the Tampa Bay Times' front page on 3 January 2020 wrote: "As record flames and devastation batter Australia, residents turn their anger on the prime minister and his policies. At least 17 people have died."