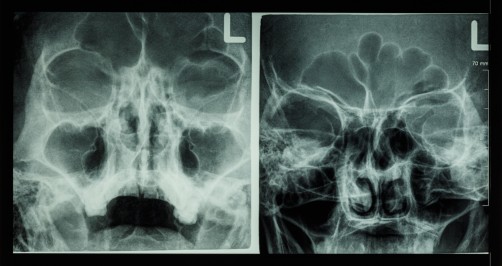 Newswise — Firefighters who responded in the first two days of the World Trade Center disaster and those who worked at the site for six months or longer are more likely to need sinus surgery than firefighters whose exposure to the site’s caustic dust was less intense or shorter term, according to new research published in the American Thoracic Society journal Annals of the American Thoracic Society.

Researchers also found that those needing sinus surgery had higher levels of eosinophils, white blood cells central to the body’s immune response, even before they responded to the disaster. Because eosinophil levels are nearly always checked as part of routine blood tests researchers were able to look at blood test results from prior to 9/11.

The surgery was used to treat chronic rhinosinusitis (CRS), a condition that results in nasal obstruction and drip, the inability to smell and facial pain. Most patients with CRS are managed medically, avoiding the need for painful surgery.

“Approximately five years after the towers collapsed, we began seeing more and more sinusitis and that has continued unabated to this day,” said senior author Michael Weiden, MS, MD, associate professor of medicine and environmental medicine at New York University and a New York City Fire Department medical officer. “Something that happened 14 years ago still has direct medical consequences in firefighters whose immune system was turned on in a way that prevents it from being shut off.”

In "Blood Eosinophils and World Trade Center Exposure Predict Surgery in Chronic Rhinosinusitis: A 13.5-Year Longitudinal Study," researchers report on a study of 8,227 firefighters who worked at the WTC site. Over 13.5 years, 1,907 developed CRS and 479 of those were treated with surgery.

Both groups of at-risk firefighters had higher concentrations of eosinophils than those who did not require surgery to treat their CRS, as well as those firefighters who did not develop CRS. Each additional 100 cells/µl increased the risk of surgery by 12 percent. Those needing surgery had higher blood concentrations of eosinophils at every point in their lives, including before 9/11.

Dr. Weiden said that eosinophil levels are nearly always checked as part of routine blood tests, many patients are unaware of that fact unless they have allergies, which can push levels into an abnormal range. The fighters at surgical risk in this study had higher-than-average concentrations of eosinophils that would still be considered normal.

“The startling finding is that those who didn’t respond well to medicine were different immunologically before 9/11 than those who did,” Dr. Weiden said. “If we treat those with high eosinophil levels differently—earlier, more intensively, or with different medicines—we may be to help them avoid surgery.”

The researchers also found those who needed CRS surgery were younger and had lower levels of IL-6, a protein reflecting a protective immune response.

The authors wrote that future studies must test if these results apply to other people who were exposed to air pollution after the World Trade Center collapsed. Firefighters, they noted, were overwhelmingly male and healthy at the time of the disaster.

To read the article in full: http://www.thoracic.org/about/newsroom/press-releases/resources/eosinophils-and-first-responders-wtc.pdf

The National Institute for Occupational Safety and Health funded this study.

About the Annals of the American Thoracic Society (AnnalsATS)The AnnalsATS is a peer-reviewed journal published by the American Thoracic Society. The Journal delivers up-to-date and authoritative coverage of adult and pediatric pulmonary and respiratory sleep medicine and adult critical care. The scope of the Journal encompasses content that is applicable to clinical practice, the formative and continuing education of clinical specialists and the advancement of public health. Editor: John Hansen-Flaschen, MD, the Paul F. Harron Jr. Family Professor of Medicine at the University of Pennsylvania.